Last year, the Qiku brand was in search, including its own name. From the very first devices, the manufacturer shot into the highest price segment. Bold but reckless. Competing companies were building their presence in the market through affordable solutions, and Qiku was waiting for its buyer, ready to believe in a little-known brand. Thinking about it in time, this year came the certainty with naming and two good products 360 Mobile (Qiku) F4 and N4. We will look at the latter today. 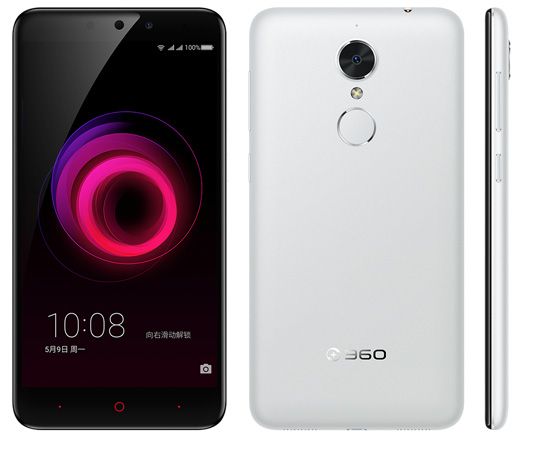 The packaging is ascetic and a small cardboard box claims to be original except for the color. On the first level, our hero is in a dense box, and the second lower tier is given to the adapter, cable and user manual. Externally, the smartphone looks normal and you can remain indifferent to its appearance. But a solid polycarbonate, from which the back panel is molded, played its positive role. It is pleasant tactilely, there is no intrusive and easily soiled gloss. The display is hidden under a glass panel with a 2.5D effect. The screen does not delight, but it is very good here and there is an oleophobic coating. But what can capture and amaze is the work of the fingerprint scanner. The speed here is from flagship solutions.