Cheaper slowly: what used smartphones can be profitably sold in 2 months

Rating of actively cheaper devices in the US market

Which smartphone to buy so as not to lose a lot when selling it after a short time? SellCell, the largest American service for the sale of used equipment, named those models that lose the most in price in just a couple of months from the moment they were released. All devices are considered to be “like new” or in “good condition”, and only the flagships of Apple, Samsung and Google got into the top.

The analysis of experts will be disappointing and disappoint the owners of the flagships Samsung and Google. In particular, the Galaxy S22 line lost an average of 51.1% (good condition) and 46.8% (as new) in price in just 2 months. The least depreciated Galaxy S22 Ultra with 128 GB of ROM (44.2%, like new), and the Galaxy S22+ with 128 GB of flash memory the most (57.5%, like new and 53.8% in good condition). For greater clarity, it is worth saying that just two months after the acquisition, the Galaxy S22 + loses $ 574.99 from the original price. 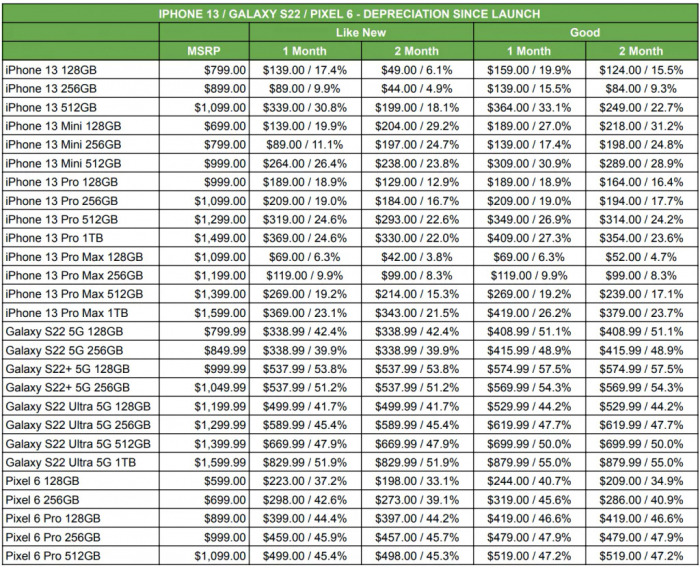