Realme 9 5G will arrive in Europe on May 12th. Last week, information appeared on the network that the version for the European market will receive a number of fundamental differences from the modification for the Asian market. These rumors were confirmed, on the company's page in Poland, the characteristics of Realme 9 5G appeared, confirming the differences from the Asian version in terms of display and hardware platform. 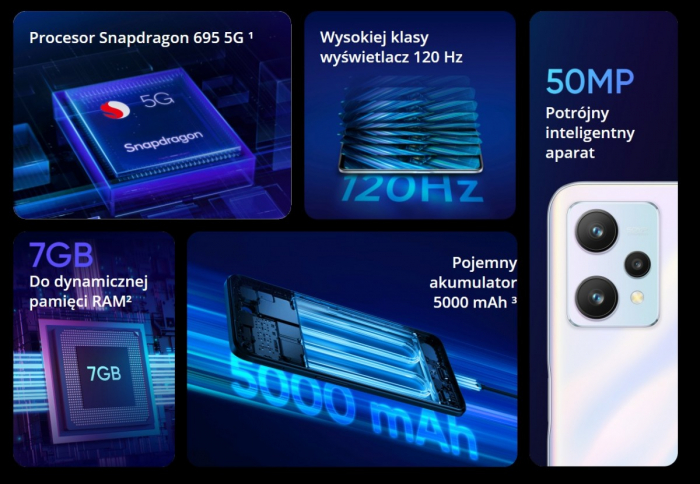 The Realme 9 G will have a 5000mAh battery capacity and will offer 18W fast charging technology. The smartphone will be delivered with a preinstalled Android 12 operating system with a Realme UI 3.0 shell. The gadget will be available in black and white colors, it weighs 191 grams and its dimensions are 164.3x75.6x8.5 mm. How much they will ask for Realme 9 5G in this version in Europe, there is no information.