True, it is impossible to call the premiere full-fledged, the release has been postponed until the fall and then all the characteristics will be announced

After years of rumors and weeks of leaks, the Google Pixel Watch is real. True, yesterday the company limited itself to only a small announcement of smart watches, saving the main release until the presentation of the Google Pixel 7, which should be presented in the fall.

In terms of design, the Google Pixel Watch has no surprises. Their exterior is fully consistent with those renders and photos of smart watches that leaked to the network before the announcement. They received a round case, a button on the side and a “tactile” wheel. The case is made from recycled stainless steel and offers interchangeable straps.

As expected, the main feature of the Pixel Watch is the proprietary Wear OS 3 operating system, which will offer some improvements, an “updated user interface” with improved navigation and smart notifications. Among other things, they also mentioned support for cellular networks.

Speaking of software, Google emphasized the presence of the company's stock apps, as well as deep integration with Fitbit. That means apps like Google Maps and Assistant, as well as apps like Google Wallet and Google Home that are new to Wear OS. Another feature coming to Wear OS is Emergency SOS, which lets you call emergency services or contact a family member for help. 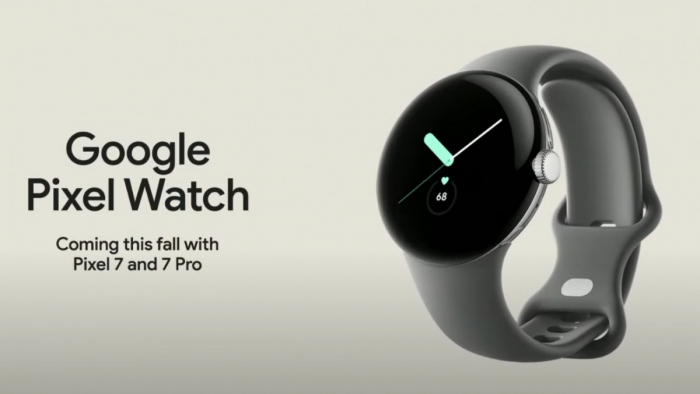 Google Pixel Watch owners will be able to sync their data with their Fitbit account, and will also use all of Fitbit's latest algorithms for monitoring physical activity and health. Despite the fact that Fitbit was actively involved in the creation of the Pixel Watch and in fact it is a joint product of the two companies, in the future Fitbit branded smartwatches with Wear OS will appear.

As for the hardware of the Google Pixel Watch, the company chose not to give details, saving them until the full release. It was only reported that this is a premium product and will be compatible with devices running Android 8.0 and above.