HarmonyOS 3.0 release schedule and who will get the firmware first

Huawei continues to develop its own operating system

At the end of October last year, at a conference for developers, Huawei announced that the development of the proprietary operating system continues and the next stage is the release of HarmonyOS 3.0. The new firmware version is based on three pillars: continuous innovation, a comprehensive upgrade of system capabilities and development tools. Unfortunately, the conference did not say when HarmonyOS 3.0 will reach devices. But today there is clarity with the deployment schedule for the new firmware iteration. So, now the closed beta testing phase of the shell is coming to an end, and in May the public beta version will see the light. The firmware will be announced in July, and the stable build will be released in September of this year, i.е. almost a year after its development was announced.

HarmonyOS 3.0 will not bring any revolutionary innovations. Visually, it will undergo cosmetic changes, but it is promised that the logic of interaction and experience will be improved. Particular attention will be paid to the stability and optimization of work, as well as improving the performance of the system. It is assumed that the first out-of-the-box devices with HarmonyOS 3.0 will be the flagships of the Huawei Mate 50 series, which is expected to be announced in July. 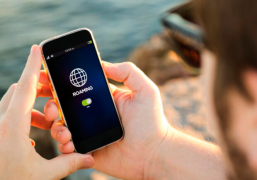