Features and images of POCO F4 and POCO F4 Pro: the rebranding is frequent or we will follow the same path

Last month, the POCO F4 GT premiered, which became a rebranded version of the Redmi K50 Gaming Edition. Soon POCO F4 and POCO F4 Pro should join it, and this could happen as early as May. The Xiaomiui resource shared the characteristics that new items should receive. The source indicates that POCO F4 will offer a 6.67-inch OLED screen with a refresh rate of 120Hz and a resolution of 2400x1080 pixels. The display will occupy 86.4% of the front surface and will be protected by fifth-generation Gorilla Glass. The back panel should be made of plastic and will be offered in four colors: white, black, blue and green. The resolution of the POCO F4 front camera was 20 megapixels, they offered NFC, Bluetooth 5.1 and the Android 12 operating system with the MIUI 13 shell. The price tag for the smartphone should be about $270. Those who remember last year's POCO F3 will easily see that the successor received minor changes. In fact, they just pumped the power of fast charging, installed the current version of the green robot, and the camera received an optical image stabilization system. Something not enough changes for the new generation. The smartphone is credited with a 108 MP rear camera (Samsung ISOCELL HM2, f/1.9, OIS) + 8 MP (Sony IMX355) + 2 MP (macro), an NFC module and a proprietary MIUI 13 shell based on Android 12. The price of the smartphone will be around $445 . These characteristics allow us to say that POCO F4 Pro will simply become a global version of Redmi K50 Pro. In India, this smartphone will still be known as Xiaomi 12X Pro. The network also leaked photos of POCO F4 Pro, which indicate that the company did not bother to give the device an external personality by redesigning the back. Even the camera platform here does not dictate the difference from the Chinese counterpart, they did not come up with anything like that. The design, as well as the characteristics, were copied from the Redmi K50 Pro. 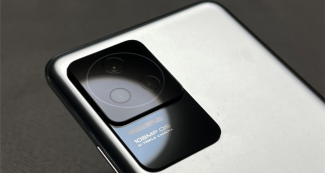 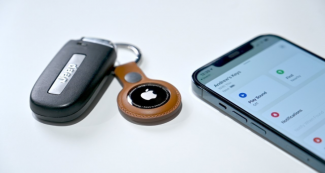