iQOO, one of the brands of the large BBK family, is quite actively updating the range of smartphones. In the first half of this month, iQOO Neo6 was introduced , offering a Snapdragon 8 Gen 1 chipset and a camera with an optical stub. Now there are plans to release a simplified version of this model - iQOO Neo6 SE. 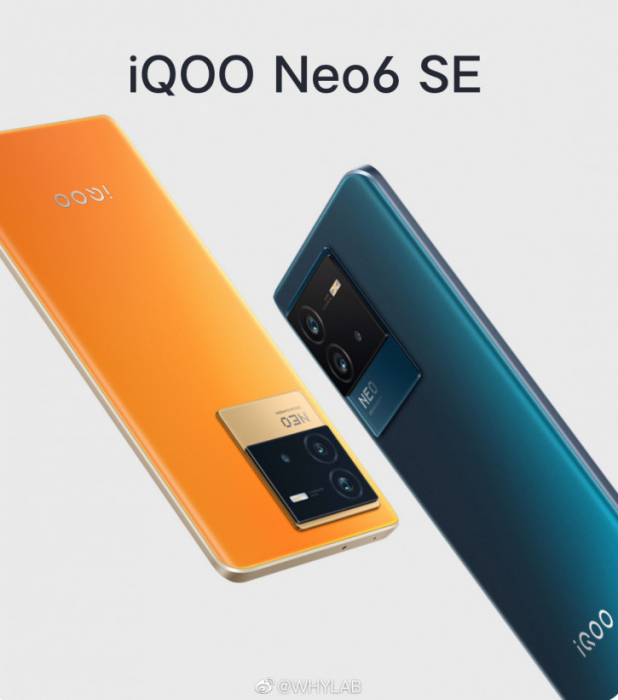 The company has announced that it intends to unveil the iQOO Neo6 SE on May 6th and showed off the appearance of the smartphone in a promotional poster. Before us is an apparatus in orange and turquoise colors, on the back of which a rectangular platform with three image sensors was installed.

It is known that iQOO Neo6 SE will offer a 6.62-inch FullHD + OLED display with a refresh rate of 120 Hz, where a fingerprint scanner is also built in. Under the hood, the Snapdragon 870 chip is working in conjunction with 12 GB of RAM. 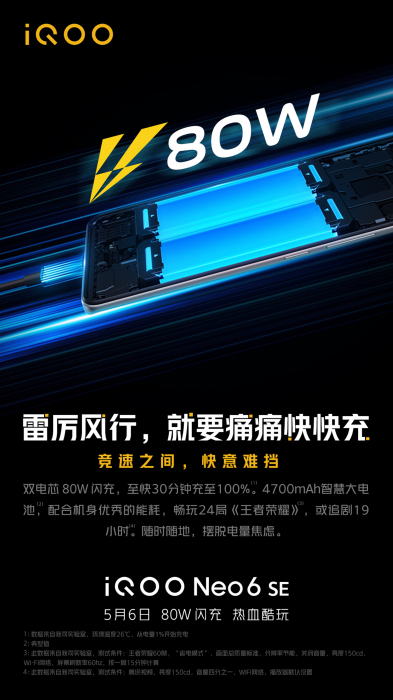 iQOO Neo6 SE is credited with a 4700 mAh battery with fast 80-watt charging, a flash drive with a capacity of up to 256 GB, an NFC module and an Android 12 operating system with a shell from the manufacturer. As for the camera, it is known that the resolution of the key module will be 64 megapixels and they will offer an optical image stabilization system. But there is a forecast that the price tag for the novelty will be in the range of $275-335. 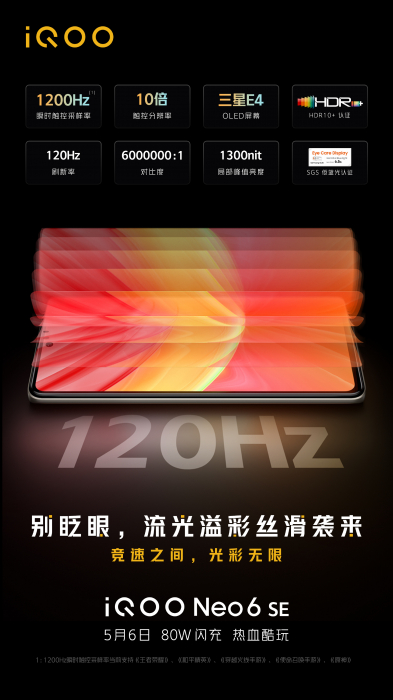