Monobrow in 2022 is bad manners

Many believed that Huawei's days in the smartphone market were numbered. The company, which in 2019 fell into the “millstones” of US sanctions, had practically no chance of getting out of the mess. It turned out to be painful and destructive, but Huawei lives and develops. True, her current situation is more about survival, and not about serious competition. 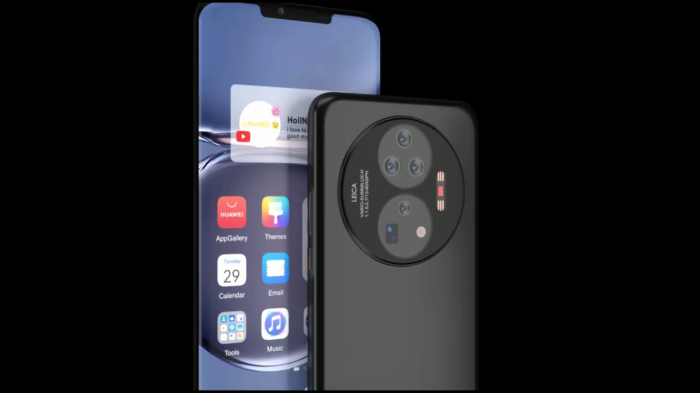 The company plans to release a series of Huawei Mate 50 and today we can look at the Pro version, the renders of which have been leaked to the network. The visualization was created on the basis of those leaks and rumors that appeared on the network. The Huawei Mate 50 series is only expected to hit the market in autumn and will be the first with HarmonyOS 3.0 out of the box. True, it is possible that the line will be presented in the summer, but it will still reach stores no earlier than autumn.

For fans of the company, the “new” design of the Huawei Mate 50 Pro may be disappointing. Huawei will once again return to the controversial and disgusting “monobrow” solution, which we already saw in 2018 with the Huawei Mate 20. At the same time, the company will offer a curved display with “creeping” edges on the edges. On the back side, a stiff and massive block of the main camera will be installed, inside of which there will be two circles with image sensors, and their performance is very similar to the rear camera of Honor 60 or Huawei Nova 9.

In the view of the authors of the renderings of the Huawei Mate 50 Pro, it should offer an ensemble of five sensors, one of which is periscope. The presence of the Leica logo is also noteworthy, despite all the talk that the companies' cooperation has been terminated.