Reliable insider Evan Blass, better known as OnLeaks, shared renders of the Samsung Galaxy Flip 4. They were published by 91mobiles, and they themselves appeared shortly after the same network whistleblower showed images of the Galaxy Z Fold 4 to a wide audience. 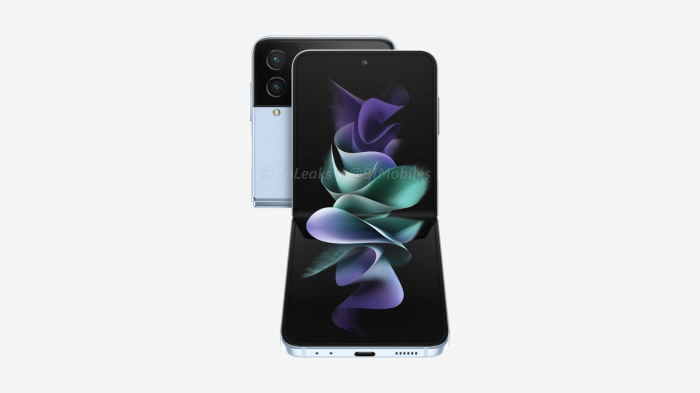 Judging by the renders, the Galaxy Z Flip 4 will inherit the features of its predecessor and have abandoned some serious exterior adjustments. But at the same time, the dimensions of the new folding smartphone will change slightly and will be 165.1 × 71.9 × 7.2 mm when unfolded, compared to 166 × 72.2 × 6.9 mm for its predecessor. At the same time, the diagonal of the flexible display will remain the same - 6.7 inches. Apparently, a small increase in the thickness of the Galaxy Z Flip 4 case is due to those who install a slightly more capacious battery inside. According to rumors, the new folding clamshell should get a 3400 mAh battery versus 3300 mAh for its predecessor. It is expected that the hardware basis of the smartphone will be the Snapdragon 8 Gen 1+ chipset, the announcement of which may take place as early as May 20. These are all the details about the Galaxy Z Flip 4 that are known at the moment. The device should be presented in August, and as the premiere approaches, more details about it will appear on the network.