Meizu Pro 7 Plus first impressions: you'll recognize it from a thousand

It seems that sales of Meizu Pro 6 did not satisfy the company, so instead of upgrading the predecessor, experiments were given the green light. The Chinese tensed up, fired a large caliber and are ready to punish competitors. Two rear cameras, brutal design, Helio X30, which has become an entertainment processor and an auxiliary display - you can’t exactly call a smartphone banal and boring. Is there any use for all the innovations or is it a short-term task to please lovers of "disposable" chips? 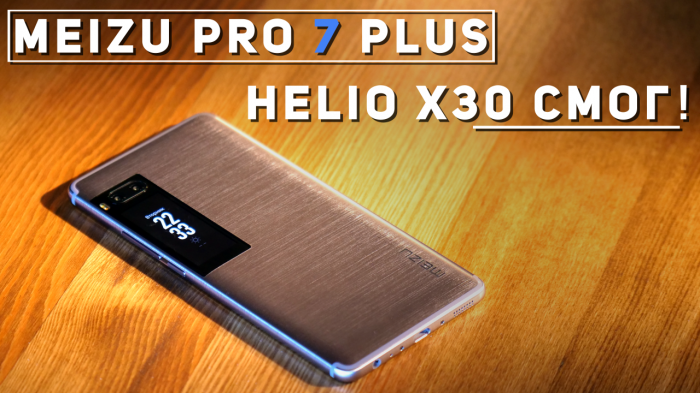 Designers suddenly realized that they cloned smartphones in the same exterior more than once. The manufacturer is resisting the frameless design trend until at least next year, and the façade comes from its predecessor. But with the design of the back panel - they did not hold back their imagination. Live, the novelty looks good, although someone will definitely recognize it as a relative of refrigerators with an information display. One thing is for sure - Meizu stands out from the background of many, but like it or not, it's a matter of taste. The display turned out to be bright, saturated and with large viewing angles. The sound quality can be described in words - a typical average. Thanks to the Helio X30 , the smartphone turned out to be able to digest a serious load and a pack of heavy games without consequences. Photos were taken on the dual main and front cameras, but it’s better to wait for the final sample. Trust me it will be better.