With its battery capacity, this is quite possible.

Motorola was one of the first to showcase its own foldable smartphone. But alas, the first generation Moto Razr introduced in 2019 did not receive much popularity, like its 5G version, which was released a year later. And all because of the weak characteristics and a very high price tag.

But now, with the release of the third iteration of the smartphone of the updated Razr series, Motorola has a chance to succeed. After all, leaks prescribe to it the flagship Snapdragon 8 Plus Gen1 processor, a dual camera, with a main sensor with a resolution of 50 megapixels and an ultra-wide angle of 13 megapixels, an improved design and not too high a price. 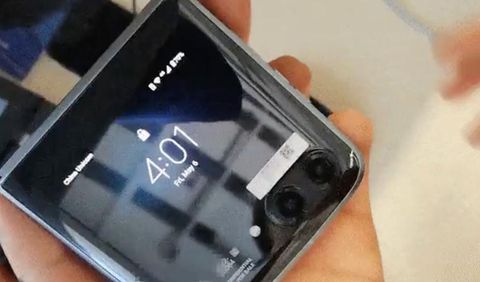 But now there is disappointing information about the battery. According to rumors, the new product will get a battery straight from its predecessor, and its capacity is only 2800 mAh, which, combined with the voracious flagship processor, allows us to draw conclusions about the extremely poor autonomy of the Moto Razr 3.

For comparison, the direct competitor of Motorola's clamshell Galaxy Z Flip 4 will receive a 3700 mAh battery, which is almost a thousand more than the Razr 3.