If for Apple, Samsung and Xiaomi flagships are the main products, then Realme is more focused on the mid-budget segment and here its success is undeniable. Realme GT Neo 2 came out very worthy and realme GT Neo 3, released this year, became a worthy heir, where everything works smartly, the display and camera are not flawed.

Initially, the smartphone was sold exclusively in the Chinese market, and at the end of last month it was released in India . Unfortunately, the price tag outside the home market turned out to be very high and the device no longer looks like such an attractive solution. It remains to be hoped that in other markets Realme GT Neo 3 will be offered at a more pleasant price. 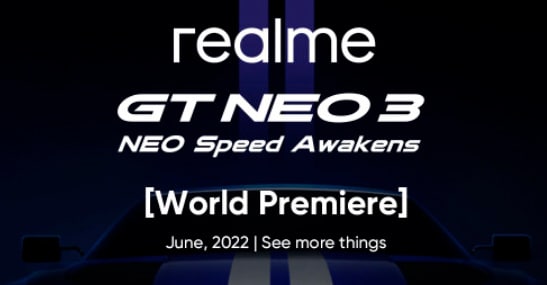 We will be able to judge this in June. A banner has appeared on the official Realme store on AliExpress, which indicates that the world premiere of Realme GT Neo 3 will take place in June. This means that sales of the global version of the smartphone will begin in the first month of summer.

Recall that we have already managed to get acquainted with Realme GT Neo 3 and released a review in which we expressed our opinion about it, talked about all the advantages and disadvantages of the smartphone, and also compared it with its predecessor and another model from Realme. If for some reason you missed the review, then you are here .