Hi friends! On December 28, Xiaomi introduced a new version of its proprietary firmware - MIUI 13. Agree that this is a great New Year's gift, as many users were looking forward to a fresh shell. It was expected that the presentation of Miyuay 13 would take place closer to spring, but the manufacturer decided to please us earlier. What new features MIUI 13 received, for which models and when it will be available - we will tell in today's article.

We all know that MIUI is not the most stable firmware, so the developers are carefully working on this moment. The main focus of the thirteenth shell was to improve performance, smoothness and privacy. According to Xiaomi, now the user's personal data and the device itself will be more secure. 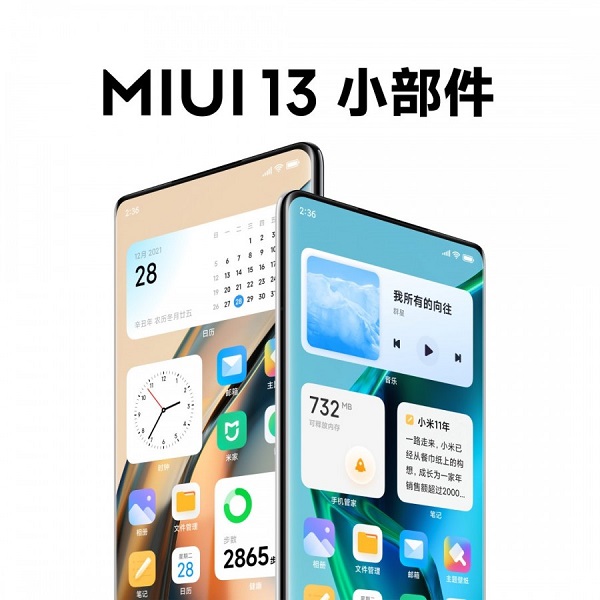 The smoothness of the shell has improved by an average of 30% in different scenarios, and this is an excellent indicator. It was stated that after three years of use, the performance of the shell will decrease by only 5%. A lot of attention was paid to firmware customization: MIUI 13 has become more minimalistic, pleasant and convenient. Let's take a closer look at each innovation.

Let's start with the appearance of Miyuay 13. And here it is clearly seen that the company continues to improve the design of the firmware, making it more and more comfortable for perception. Compared to MIUI 12, the color palette has changed - now it is gentle, harmonious and discreet. And application icons and other elements, on the contrary, have become larger and brighter. In general, the visual changes of MIUI 13 are very pleasing: using a smartphone with such a shell is pleasant and convenient. 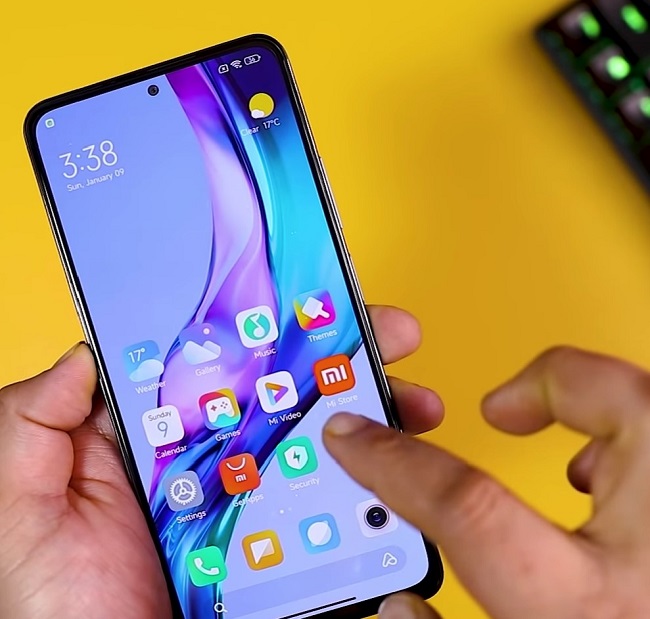 Miyuai 13 runs on Android 12, so explicit elements of Material You appeared in the firmware. This is a new design language developed by Google. This style does not stand out as much as, for example, in Pixels or other smartphones on "pure" Android, since Miyuai has its own design.

The control center has been slightly redesigned, but there are no significant differences from the previous version. This is still the same curtain with large icons, made in the style of iOS. Many appreciated the Control Center in MIUI 12 and 12.5: it is really convenient to use it, but I would like more smoothness. Hopefully it will be in Miyuai 13. 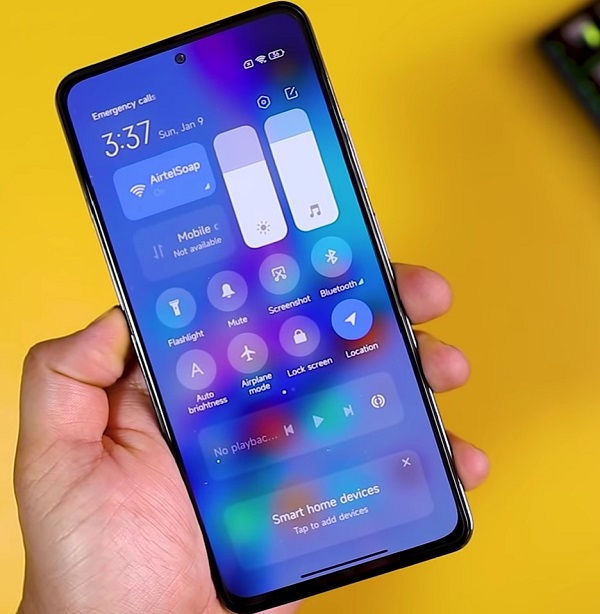 MIUI 13 has a new font called MiSans. It matches the overall style of the firmware - minimalistic, simple and sans-serif. Thanks to this font, reading the text is very convenient, but whether MiSans will be adapted to Cyrillic is a big question. Most likely, it is suitable only for hieroglyphs and Latin, and we will have to be content with the familiar Roboto font. 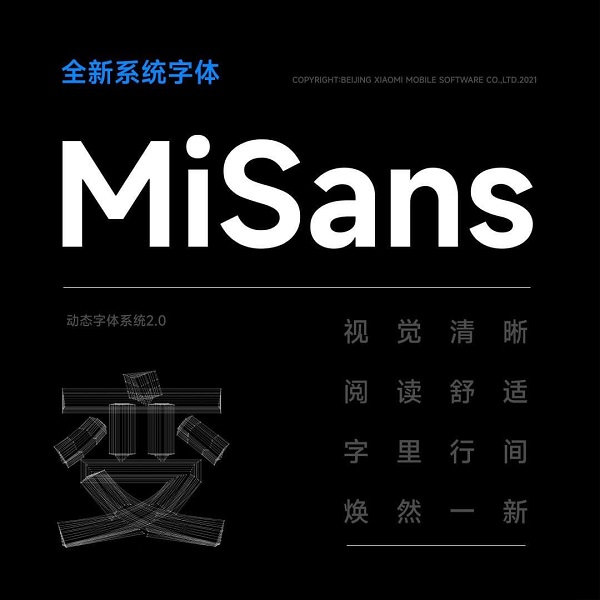 New live wallpapers, unfortunately, have not been delivered. But a lot of cool static wallpapers appeared. For example, the selection "Molten glass" offers us refreshing images that resemble molten glass or frozen waves. 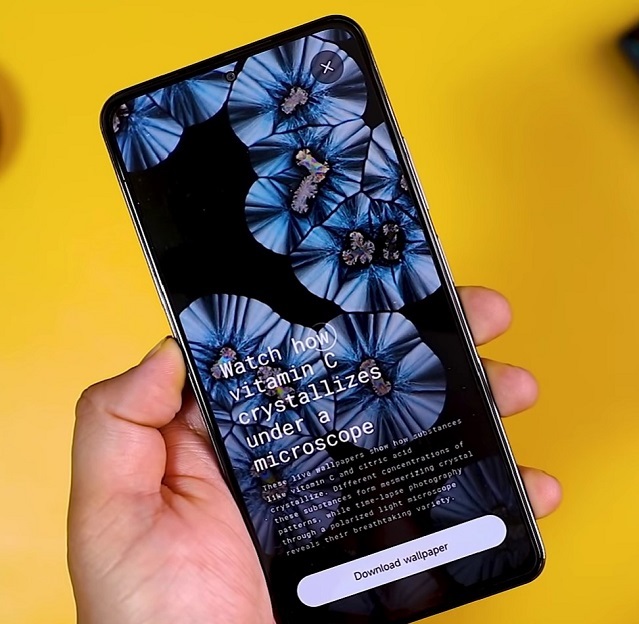 The “Crystallization” selection attracts attention: the pictures show crystals or substances under a microscope, and each image has a little educational information. Wallpaper "Crystallization" can be called dynamic, because there is a small animation. 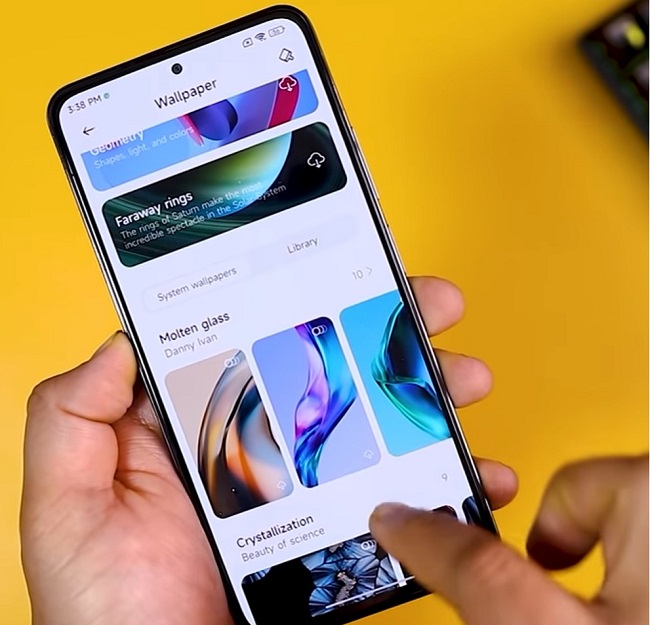 There was also a wallpaper "Concerto" with the image of elements that are very reminiscent of fruits. The pictures are made in different colors: on one image they look like kiwis or apples, on the other - oranges or peaches. The feature of these wallpapers is that their color scheme changes slightly when you turn on the night mode. Before setting the wallpaper, you can see how the image will look if you activate the dark theme.

New animation effects have also been added, which was quite expected. But we will not dwell on them for a long time, since there is nothing special there. 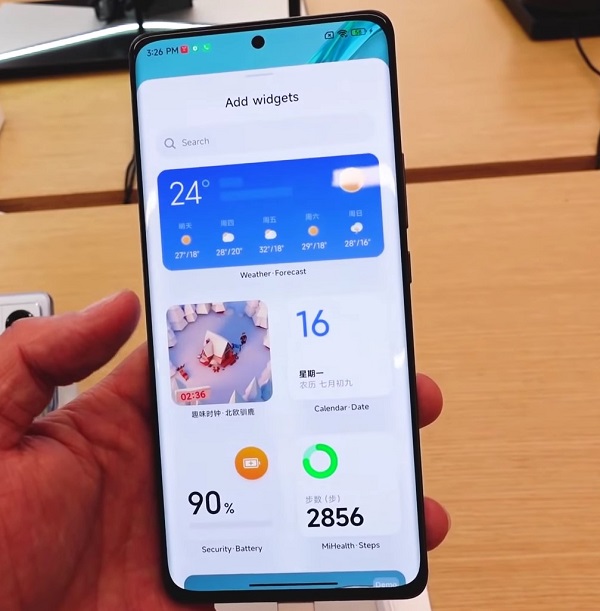 But widgets deserve special attention. Now these are full-fledged information elements that can be placed on the desktop. Widgets display weather, battery, calendar, and information from supported applications - gallery, notes, music, etc. The widget can be placed anywhere on the desktop. It's clear that Xiaomi copied this feature from Apple, but it's really convenient and useful to most users. 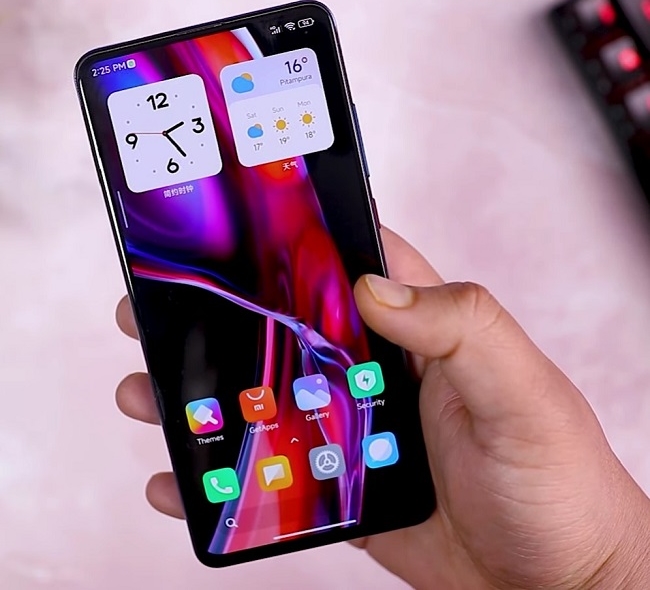 At the presentation, it was stated that in the thirteenth Miyuai, the vibration was significantly improved. The technology is called Natural Touch 2.0. Now the tactile sensations when interacting with the phone should be more pleasant and responsive. Of course, this also depends on the vibration motor in a particular model - the more expensive the smartphone, the better it should have a vibration response. Natural Touch 2.0 not only improves the quality of vibration, but also improves the recognition of touches on the smartphone screen.

Thanks to Gesture Turbo 2.0 technology, the smoothness of applications will improve. Also, this mechanism works for other interactions with the smartphone - especially for gestures and the interface. The technology should generally affect the speed and smoothness of the shell. 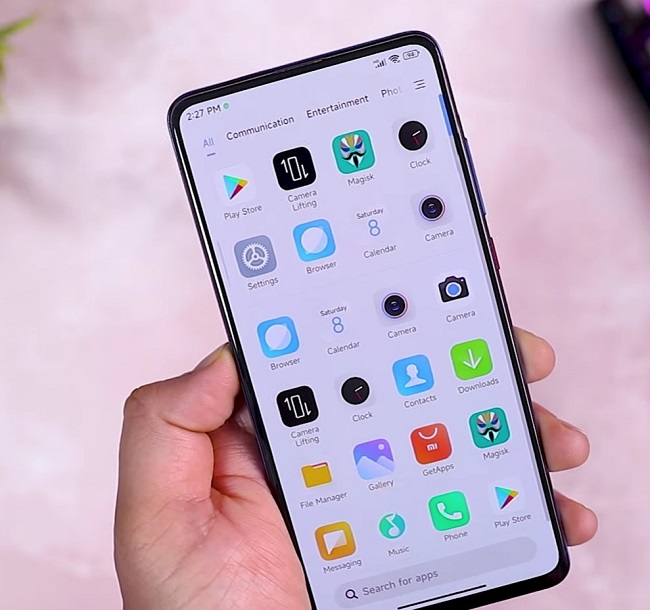 The next important point that the company worked on was device security and enhanced protection of personal data. To do this, the shell uses verification, which consists of three levels.

Instead of the usual face recognition, the smartphone can now also scan the user's physique, and additional verification is possible using a unique individual number (ID). It also announced such protective technologies as data transmission protection and interception of the installation of applications used for fraudulent purposes. 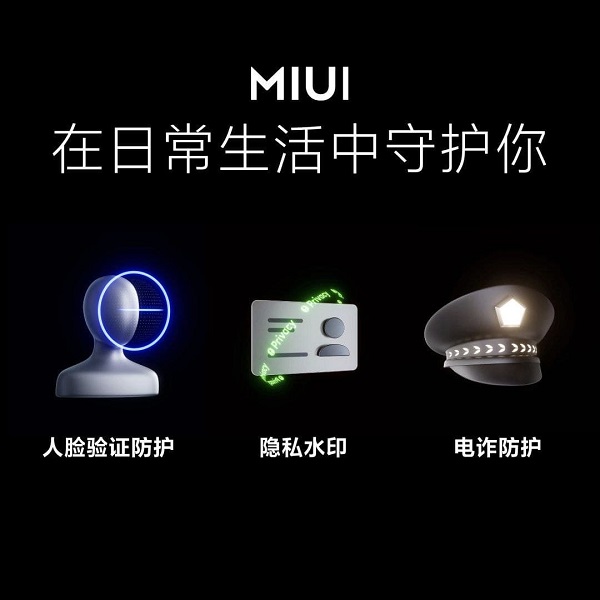 During shooting, you can completely darken the background so that only the silhouette of a person is visible. Intelligent face recognition is responsible for this. Such shooting is useful if the user does not want to report his location. This technology is especially relevant when a person is scanned to unlock a smartphone (Face ID). You can leave your own watermark on important photos. These are really useful and necessary features that will protect your phone and personal materials from ill-wishers.

The increase in RAM due to ROM was implemented back in MIUI 12.5, but then many users reported that the function did not work, although there was still a lot of free space on the internal drive. In MIUI 13, this bug was fixed, and now it is quite possible to use virtual RAM on all mid-range and flagship Xiaomi models. 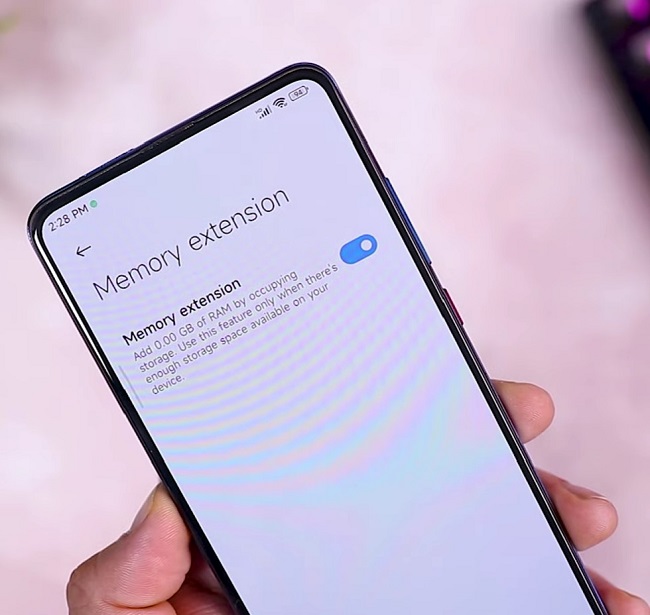 Xiaomi continues to improve the interaction of its smartphones with other devices. Therefore, the MIUI + function was recently developed, thanks to which you can easily and quickly exchange information between your Xiaomi phone and any Windows computer. With the advent of MIUI 13, this option has become available for tablets. The user will be able to easily broadcast the screen of a smartphone to a tablet, copy / paste text, transfer photos and videos, open applications. 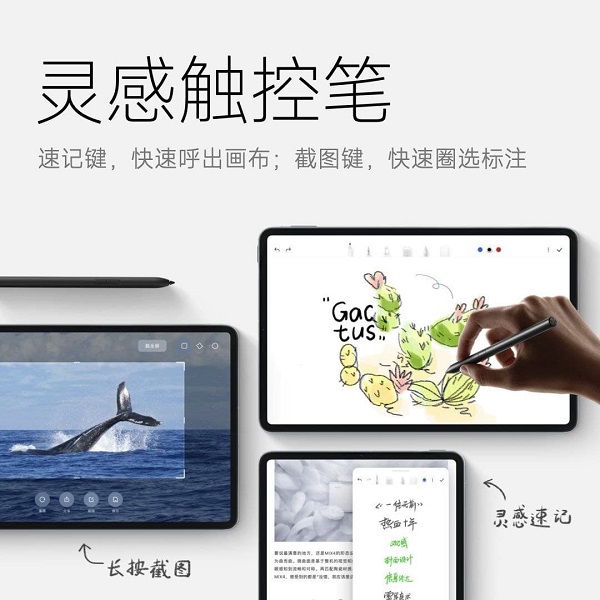 This technology is again focused on the smoothness of applications. Yes, it is noticeable that the company is seriously engaged in solving this sore point. The Focus Computing 2.0 engine borrows additional computing resources for the correct functioning of applications that are used on a regular basis. The frequency of crashes, freezes and slowdowns of the main programs should decrease.

Agree that in terms of autonomy, Xiaomi phones are pretty good. Models with a battery capacity of 4000-5000 mAh quietly work out the day with active use. But there are always improvements to strive for, and it was boldly stated at the presentation that MIUI 13 has become even more energy efficient.

The power-saving modes have been significantly improved: now they really perform their declared functions and maintain the set balance of performance and battery saving. You can also find out the status of the battery: Excellent (excellent), Good (good), Normal (normal) and Poor (bad). But there is also a deterioration: in the “Temperature” column, degrees will not be displayed, but only average indicators, such as very hot, hot, warm, normal, cold.

You may be interested in: Smartphone battery life rating - a proprietary battery test .

Adapted firmware for tablets and other devices

For Xiaomi tablets (in particular, Xiaomi Pad 5 and Xiaomi Pad 5 Pro), MIUI 13 will also be available. The manufacturer announced the full adaptation of the shell for tablets. First of all, we are talking about an adapted interface and the correct display of applications. Even in MIUI Pad 13 will appear "hot" keys for easy work with the keyboard. 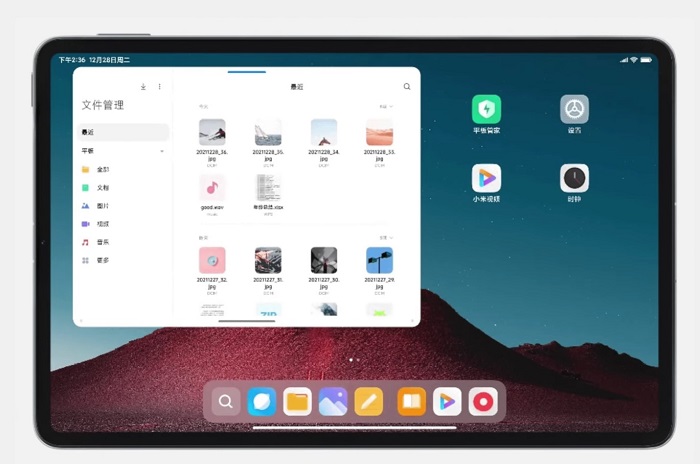 Since the Mi ecosystem is very extensive, the company creates additional tools for comfortable interaction between its devices. The new Mi Magic Center option allows you to quickly transfer files from one Xiaomi device to another, for example, from phone to TV or laptop. And thanks to MIUI Family, you can add almost all Xiaomi products in one place, synchronize them and manage them at the same time. 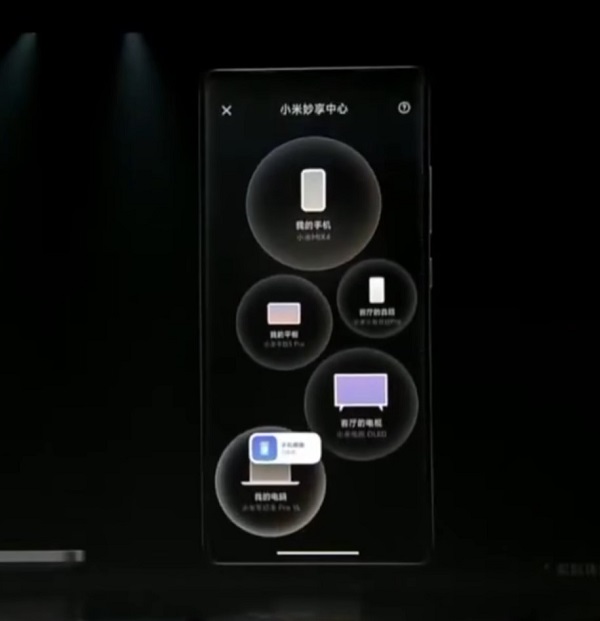 Note! Not all of the above features will appear in the global version of MIUI 13. Some features are only available in the Chinese version.

The Chinese stable version of MIUI 13 is already available for Xiaomi 12, Xiaomi 12 Pro, Xiaomi 12X, Mi 11 Pro, Mi 11 Ultra, Mi Mix 4, Redmi K40 Pro and Redmi K40 Pro+. But we are more interested in a global release, and there is no exact timeline yet. We just know that some models will receive MIUI 13 Global during the first quarter of 2022. We are talking about such smartphones: 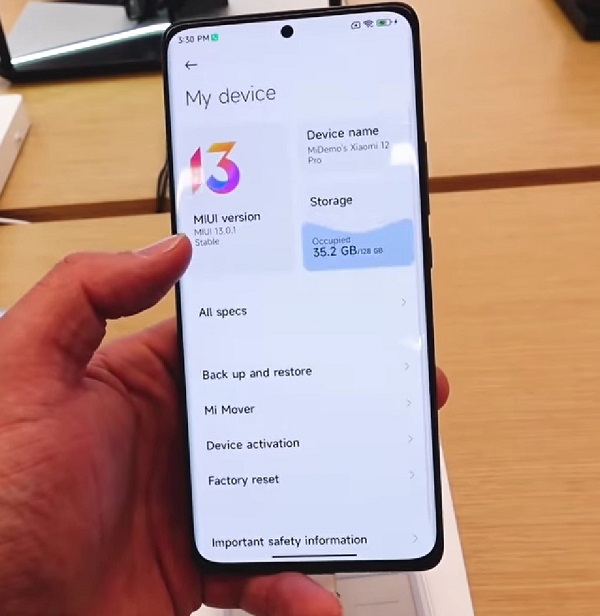 There is also information about the release of an adapted version of the new firmware for other Xiaomi devices. In December 2021, the MIUI Watch shell was released for Xiaomi Watch Color 2 smartwatches. In January 2022, MIUI Home will be available for smart speakers Redmi XiaoAI Touch-Screen Speaker 8, Redmi XiaoAI Touch-Screen Speaker 8 Pro and Xiaomi XiaoAI Touch -Screen speaker. A little later, namely in April 2022, MIUI Fold is expected for the Xiaomi Mix Fold foldable smartphone. This month there will be MIUI TV for Mi TV E55/65/75, Redmi TV X55/65/75 and Redmi Max 86"/98". Again, we are talking about the Chinese market.

The information is current as of January 2022! As time passes, some data may change, and new models and more accurate firmware release dates will be added to the list. To keep up to date with all the updates, follow our news. 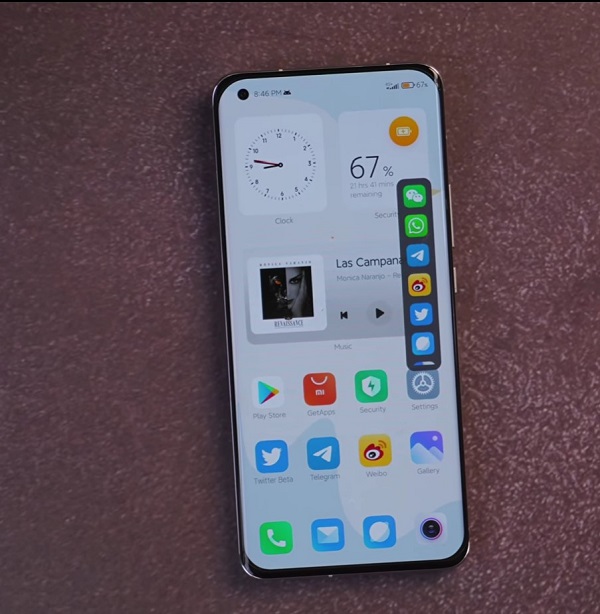 MIUI 13 certainly did not disappoint and met almost all user expectations. I am glad that the developers have kept a balance between new features and improvements in such important indicators as performance, stability and smoothness of operation and energy efficiency. It may seem that there are quite a few new chips and tools, but privacy and other above-mentioned parameters have been improved. Write in the comments if you like MIUI 13 and if you want to upgrade to it. 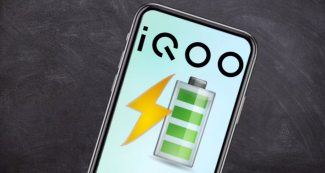