Redmi Note 8 Pro is a very controversial budget employee of the breakaway company Redmi . On the one hand, the processor from Mediatek does not inspire a bit, especially considering that the “younger version” received a chip from Snapdragon , on the other hand, the device is beautiful, stylish, with a high-quality camera and quite powerful, despite the “wrong” processor. And - yes, it has an NFC chip, which has been waiting for so long in the Redmi Note line. 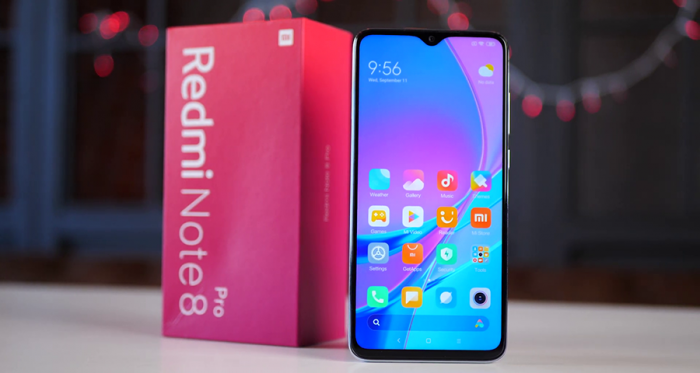 A detailed review of the smartphone Redmi Note 8 Pro

Redmi Note 8 Pro comes in three color options: black, white and green. Due to the glass back panel, the smartphone looks modern, boring and, one might even say, elegant. The white device shimmers with mother-of-pearl, although the protruding black camera modules can be somewhat confusing. On the other hand, almost everyone is doing this now, so most users are already so accustomed to such a contrast that such a solution does not bother them at all. On the black and green devices, the cameras are not so striking, besides, there are almost no design features on the black, so it is ideal for lovers of timeless classics. But the green device turned out to be the most interesting: it seemed to follow in the footsteps of Redmi K 20: the back panel is lighter towards the edges and darker in the center, in bright light there is a certain depth effect, and the color itself is closer to coniferous or emerald than, for example, to light green, which adds some nobility to the appearance of Note 8 Pro . It is also worth paying attention to the fact that the back panel of the smartphone is slightly rounded to the edges and is protected by 3D Gorilla Glass 5, which provides a comfortable grip despite the rather large screen size and good fall protection. Unless the glass back makes the smartphone rather slippery, since there is a protective case included. 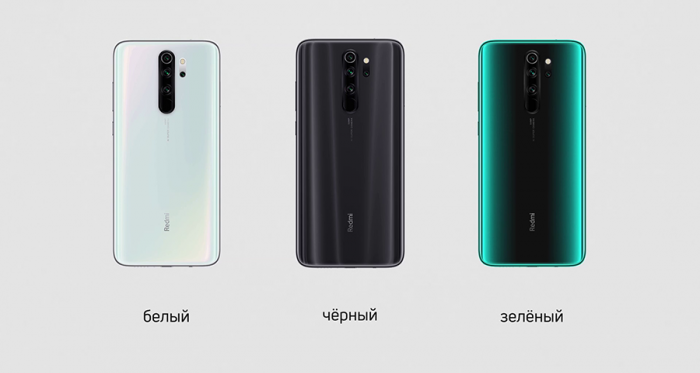 But in front of the device, nothing really stands out. Thin bezels, waterdrop notch front camera… That is, nothing that would distinguish it from hundreds of other mid-budget smartphones. And to come to terms with the “pimple” or not is the choice of each individual user.

Fans of World of Warcraft , which turns 15 this year, will be able to purchase limited edition smartphones in two versions: Horde supporters will receive a black device with a black and red case and a horde symbol, and fighters of the Alliance will receive a white device with a black and blue case and emblem Alliance. Both will also get a set of trading cards, as well as themed wallpapers and stylized application icons. 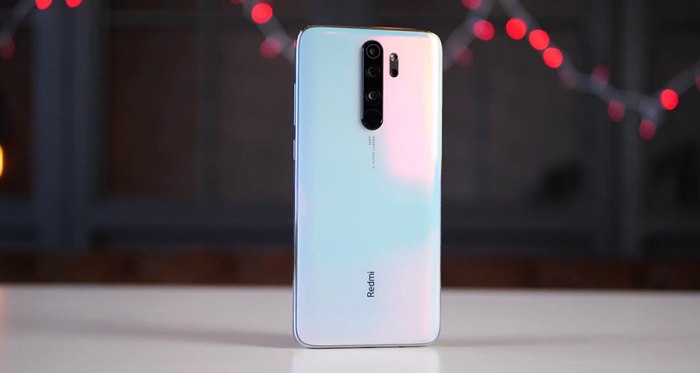 The screen size of Redmi Note 8 Pro is 6.53 inches. This is more than the "regular" version, but by modern standards is not enough to be considered a "shovel" and sit badly in the hands. Yes, the owners of small hands may experience some discomfort, but still this is not the giant that you must hold on to with both hands.

The resolution is quite sufficient for such a diagonal: 2340x1080 pixels. You can even read a book, even watch a movie - no pixel grid will interfere with viewing the image and reading the text. There is no lack of viewing angles or image brightness - modern IPS screens have come close in image quality to their AMOLED competitors, so the presence of an IPS matrix is \u200b\u200bno longer a disadvantage. The brightness is enough for normal perception of information even under direct sunlight, but without much "reserve". The minimum brightness is quite comfortable for viewing content and reading in the dark, so there are no problems here either. Viewing angles allow you to drink coffee and read the news from a smartphone lying on the table, there is no color distortion. In general, there are no complaints about the screen at all. 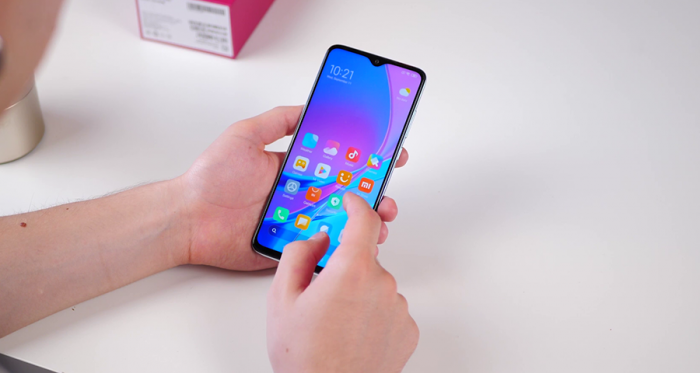 Perhaps the most curious item in the Redmi Note 8 Pro review. On the one hand, it is “beloved” by many MTKs, on the other hand, there are approximately 222,000 “parrots” in the popular benchmark, which is even more than the Snapdragon 730 (approximately 212,000).

However, we all understand that a synthetic test is not always an indicator of the actual performance of the device, so you should pay attention to other details.

Redmi Note 8 Pro is officially positioned as a gaming device, in connection with which its chipset received Game Turbo 2.0 technology and a copper tube cooling system. This will reduce the heating of the device, and with it throttling. True, the smartphone still heats up significantly: with a high load in demanding games like Shadowgun Legends (ultra-graphics settings), the temperature soars to 51 degrees in just half an hour. This, of course, is not a critical temperature for a smartphone (you can’t iron a shirt with it), but sweaty hands are not particularly stimulating to play for hours. 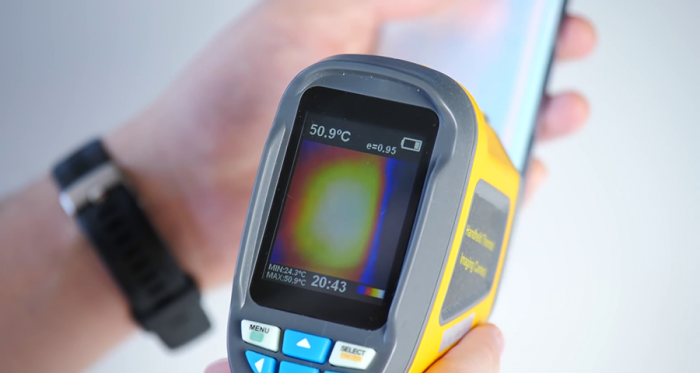 But in one of the most popular PUBG games at the moment, there is no such problem - the case heats up noticeably less - only up to 45-46 degrees. It would seem that the difference is only 5 degrees, but in practice it is very strongly felt, so fans of the popular "royal battle" will be completely satisfied with this device.

Let's go through the modifications briefly: Redmi Note 8 Pro is released in 6/64, 6/128 and 8/128 GB versions, which is pretty solid for a budget device. Additionally, you can install a memory card with a capacity of up to 256 GB, so that lovers of savings who do not use two SIM cards can safely take a device with 64 GB of permanent memory, and upload music, photos, books, etc. to a memory card. But the owners of two numbers will have to either save memory or take the 128 GB version - a hybrid slot for a SIM card and a memory card imposes some restrictions. 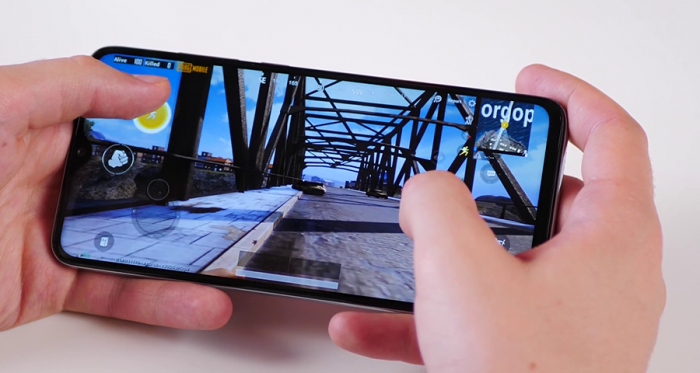 Redmi Note 8 Pro has a main camera with as many as four modules. This is a 64-megapixel main module, an 8-megapixel ultra-wide-angle one, and two two-megapixel modules for macro photography and depth detection.

With good lighting, the pictures are simply excellent. Detail, color reproduction, clarity - everything is on top even when approaching. In terms of photo capabilities, this device easily competes with the flagships of A-brands, including even the sensational Samsung Galaxy Note 10 Plus . It can be said with a pure soul that Redmi Note 8 Pro is a camera phone, so mobile photography lovers can safely take this smartphone and enjoy the shooting process and its results.

But in low light conditions, Redmi Note 8 Pro is somewhat “slips”. No, the pictures still turn out to be very high-quality, the average user will not have any complaints, but the device will no longer withstand competition with A-brands. When using manual mode and HDR , the photos will turn out good and quite competitive, but nothing more. Nevertheless, this is already a noticeable step forward, because quite recently there was a current opinion that budget Xiaomi “does not know how to photograph”. 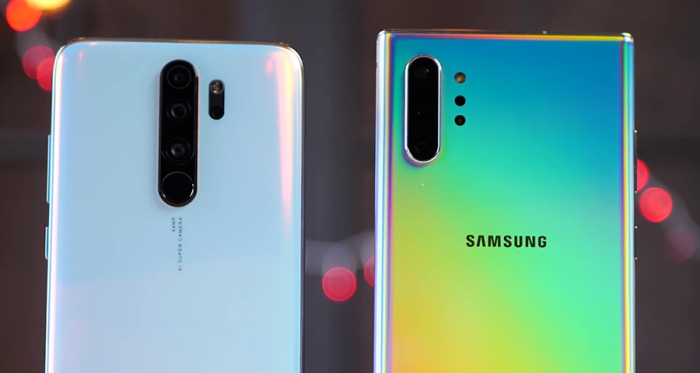 But with video filming, everything is rather sad. Focusing is not fast and clear, and there is no stabilization at all. Unless the sound is written better than on previous models, but not much. It is not clear how it was possible to create a smartphone with such chic photographic capabilities and such mediocre video shooting, so we will assume that the problem is more of a software one and will soon be solved by the next update. Still, for Xiaomi , this is standard practice.

The front camera received a 20 megapixel module and produces very good pictures - at the level of Redmi K 20 ( Xiaomi Mi 9 T ). In sunlight, clarity and detail are at their best, but in the dusk, some questions arise for the quality of the images. In general, the situation is the same as with the main camera. 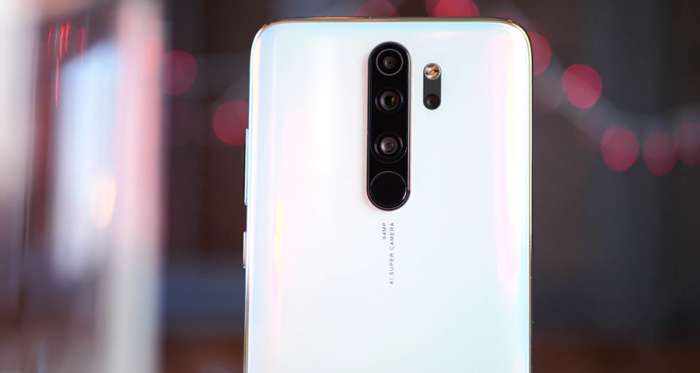 At the presentation of the novelty, they showed how the sound wave from the Redmi Note 8 Pro speaker blows off dust and extinguishes the flame of a candle. It is unlikely that someone will use a smartphone in this way, but the multimedia speaker performs its main function quite well: it plays loudly, with a kind of bass and quite acceptable high frequencies. This is far from the flagship level, but it is clearly better than the previous model (Redmi Note 7). On a busy street, you will definitely not miss a call.

The sound is also good in headphones, there is support for aptX , aptX - HD and LDAC codecs , the volume reserve is enough with the head, the sound quality pleases both wired and Bluetooth headphones. Yes, the headphone jack remains in place, which pleases.

Redmi Note 8 Pro has a 4500 mAh battery. On paper, this is very decent, but in fact the smartphone works on a single charge for a day - “thank you” to a not very energy efficient processor. The device comes with an 18-watt power supply, fast charging is declared, but the phone charges from zero to 100 percent for more than two hours, so there are also questions about “fast” charging.

Redmi Note 8 Pro is the first smartphone of the line to receive an NFC chip. We can say that a holiday has come on the street of lovers of the “classic” Redmi Note line.

But Band 7 and 20 are not available in the Chinese version of the device, so taking the “Chinese” and sewing a globalka (or custom) on it will not work - you may have problems with 4 G communication. Therefore, it is worth buying only the global version of the device - the quality of LTE reception will be noticeably better. 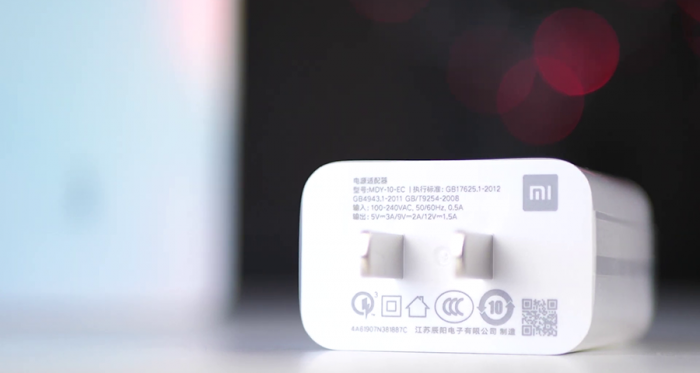 No one will ever be able to give users a specific answer whether it is worth taking this or that device - there are no “universal” smartphones. However, if you have only $200-$250 in your pocket, you like to take pictures, you are used to paying with your smartphone, you often listen to music and occasionally play popular mobile games, you should definitely pay close attention to the Redmi Note 8 Pro model. Perhaps this is exactly what you are looking for .