Redmi 9 review - this smartphone is worthy of attention! Best and Affordable? 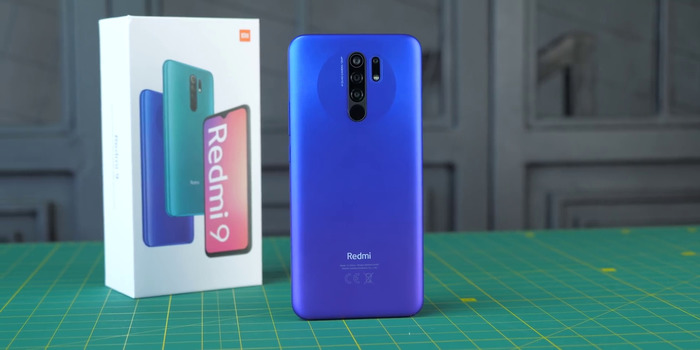 Redmi 9 is another smartphone of the popular line of the Xiaomi subsidiary. Previously, Redmi smartphones were inferior to their counterparts from the Redmi Note line in size, but in this generation, Redmi Note devices are superior to regular Redmi devices only in technical characteristics.

Redmi 9, by and large, does not differ from other ultra-budget phones either in cameras, or in some kind of processor coolness, or in a large amount of RAM or internal memory, or anything else like that. The most important thing that distinguishes it from other smartphones in the price category under $120 is the presence of an NFC chip, which is necessary first of all for contactless payment. 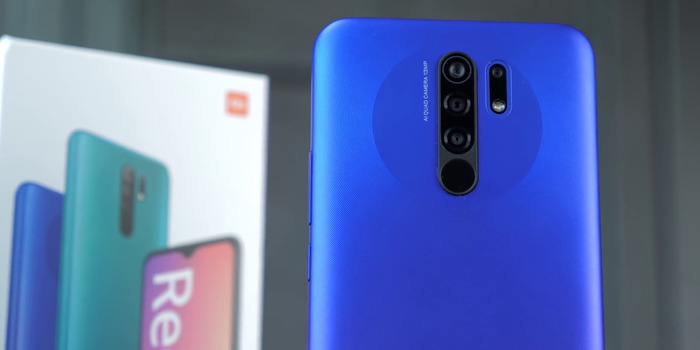 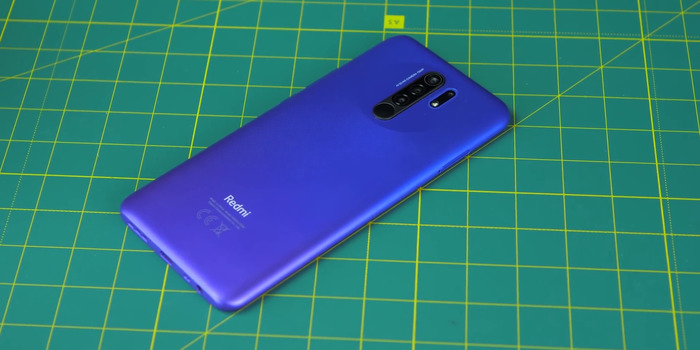 While almost all popular budget phones look like flagships, with glossy back panels often covered in fancy patterns, the Redmi 9 stands out with its textured matte back. It cannot be said that this solution is the best - all felt-tip pens are different in taste and color - but such a performance is at least as good as the popular gloss. Firstly, such a device does not slip in the hands, and secondly, it does not collect fingerprints. Simply put, Redmi 9 is quite comfortable to use without a case with little or no damage to its appearance. Of course, over time, with not too scrupulous handling, chips and scratches will appear on the device, but this will happen much later than with the owners of glossy back covers “under glass” simply because of the surface features.

Color solutions are standard for Redmi: blue-violet with a smooth vertical gradient, aquamarine green and classic black. The vertical camera unit is located in the center of the device and is enclosed in a circle that differs in texture, reminiscent of the Redmi K30 model. There is a fingerprint scanner under the cameras, it is conveniently located, it works clearly – in general, everything is as it should be.

The front camera is not embedded into the screen, but is located in the usual “drop”. Not the most modern solution, but quite acceptable for a state employee. If desired, the “drop” can be hidden in the settings by filling the upper part of the screen with black. 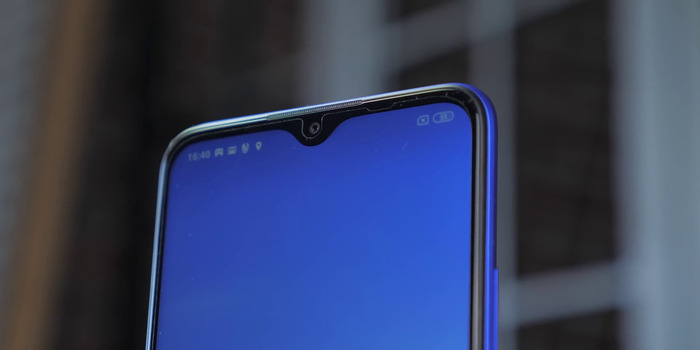 The screen itself is no less than in the "older" Redmi Note 9 models - 6.53 inches. The control buttons are on the right, the charging connector, multimedia speaker and mini-jack for headphones are on the bottom. The tray for SIM cards and a memory card is “correct”, without any combinations, so you don’t have to choose between a second SIM card and a microSD card. 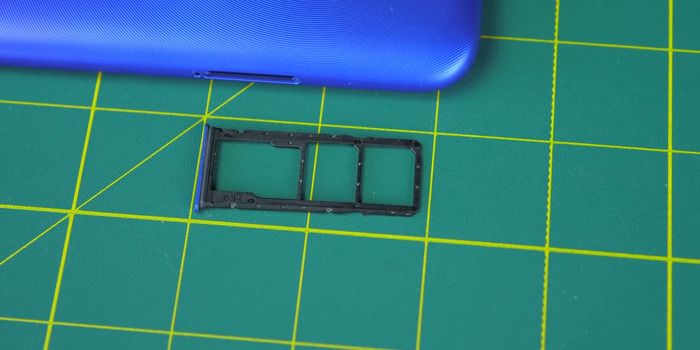 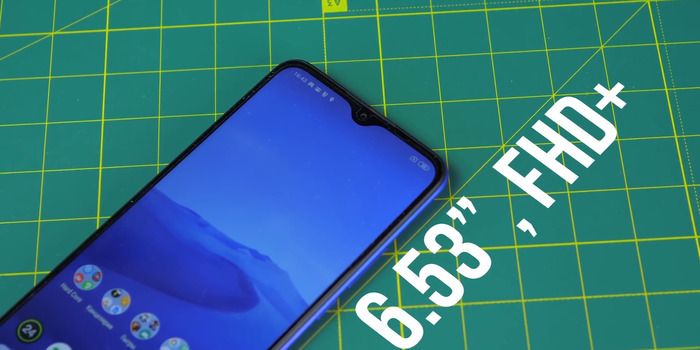 The screen of Redmi 9 compares favorably with its neighbors in the price range with a high FullHD + resolution (2340x1080 pixels). Many models in the sub-$120 category only received HD resolution. Such a solution, of course, allows you to save battery and processor resources, but the picture looks juicier and sharper at a higher resolution, so this moment can be safely written as a “plus”. The diagonal of 6.53 inches allows you to comfortably view content, but there are still lovers of compact smartphones, and there are quite a few of them. It's a pity that manufacturers forget about the supporters of compacts, but alas, we have what we have. You can use the device with one hand, but definitely not for children and not for owners of a small hand. Due to the elongated shape, Redmi 9 is quite comfortable in the hand, as, indeed, the rest of the smartphones of this line.

The brightness is not a record, only 400 nits, but acceptable. On a sunny day, you can make out what is on the screen, but there is not much margin.

The screen is covered with Corning Gorilla Glass 3 protective glass. The “three” is more resistant to scratches than the “five”, but it suffers from falls worse, so it’s worth getting a protective glass, especially if you decide to abandon the case due to the texture of the back cover. 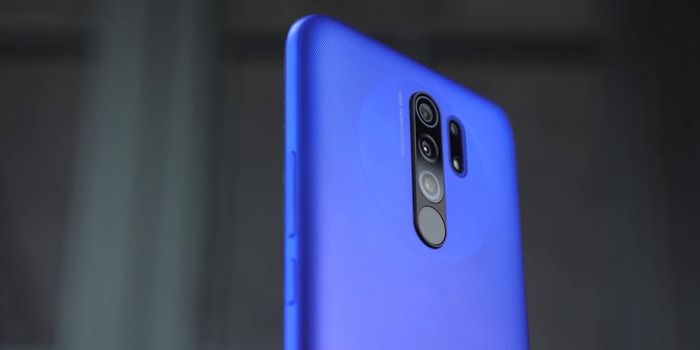 There's not much to say about the Redmi 9's cameras: they're good enough for a $120 phone, but weak enough for sophisticated users.

In daylight, photos come out normal. Yes, there are mistakes in color reproduction, detailing is not up to par, but in general it is normal. Realme 5, which is the closest competitor of Redmi 9 in terms of price-performance ratio, does even a little worse. 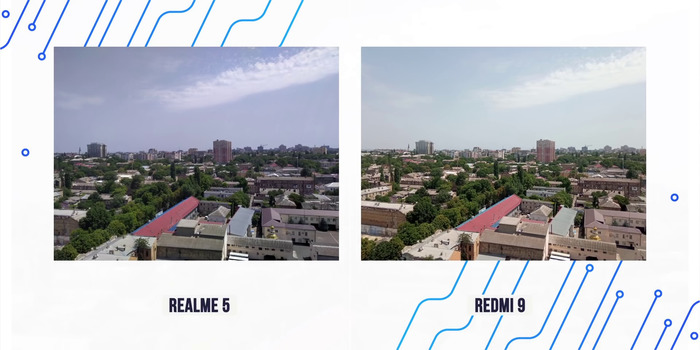 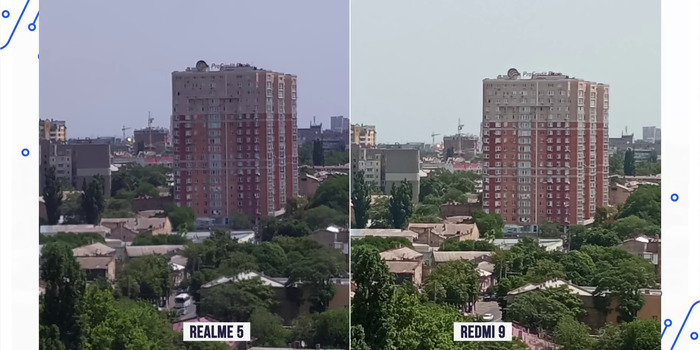 In difficult conditions redmick simply "drowns". Due to the lack of a night mode, he does not even try to pull out details from dark areas and “clings” to light sources like a drowning man at straws. With a certain imagination and skill, you can even take an interesting shot on him, but if you are a vampire and prefer to live and take pictures at dusk, it is better to take Realme. 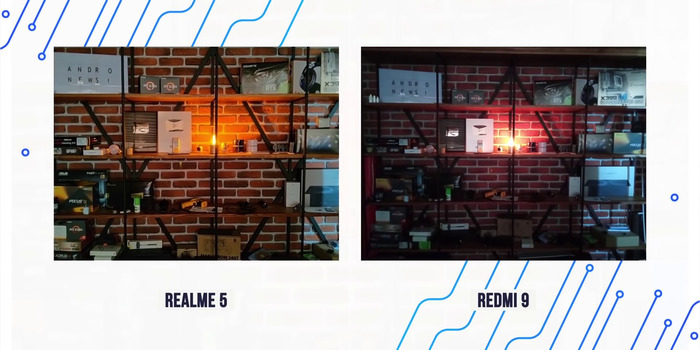 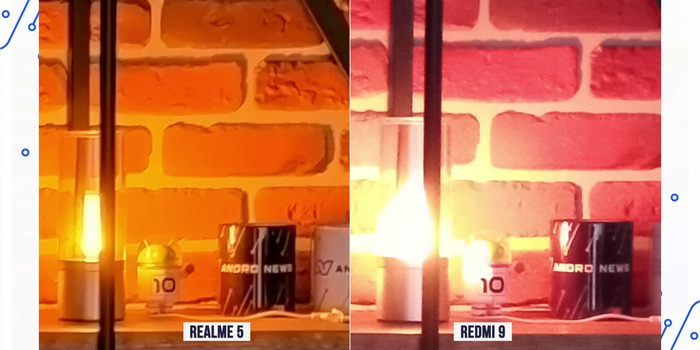 I don’t even want to talk about the wide-angle module - it’s more like “for show”. Yes, it shoots, but the viewing angle is larger than when shooting on the main camera, but with detail it is a complete failure. 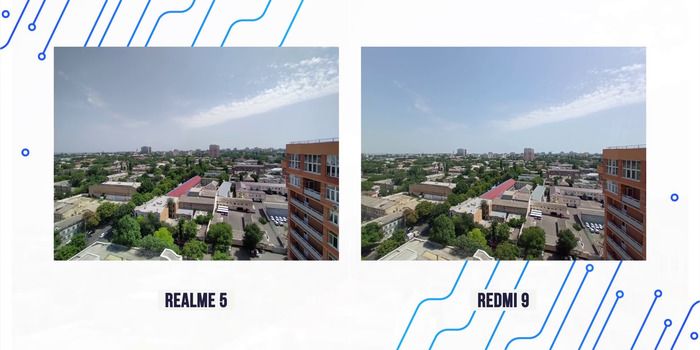 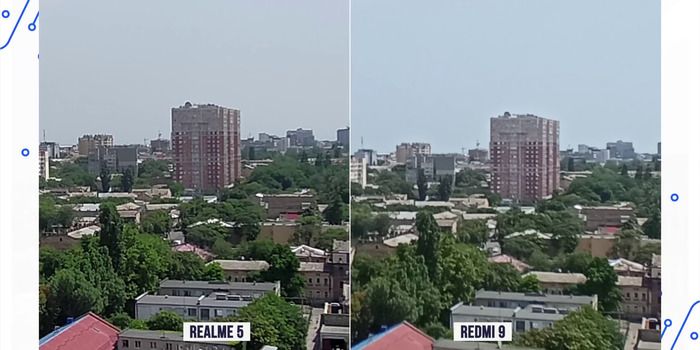 Redmi 9 only writes videos in Full HD resolution and at 30 frames per second. There is no normal stabilization, but the sound is written better than on Realme 5. But he can shoot in 4K resolution - here what is more important to whom.

The front camera also “does not shine” - both detail and color reproduction are better with Realme 5. 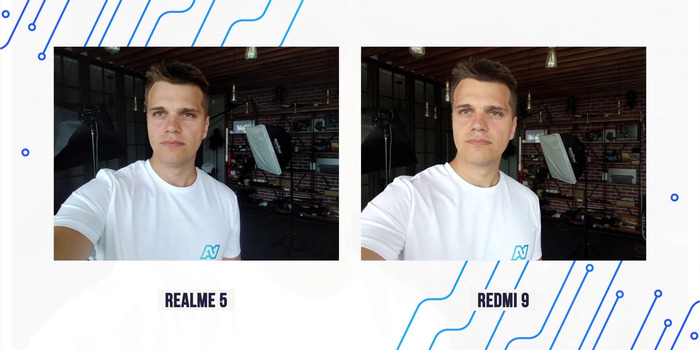 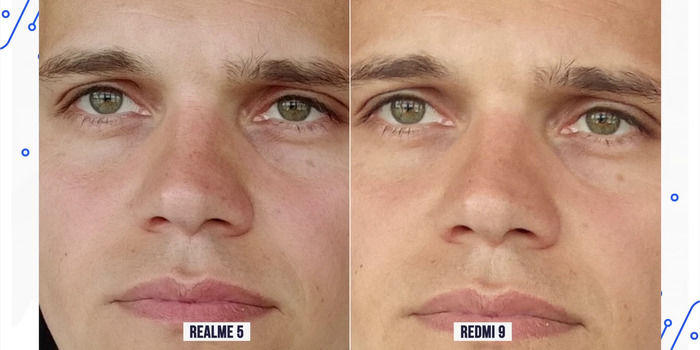 However, it should be borne in mind that Redmi 9 in the basic modification costs less than $ 120, so it is at least unreasonable to expect from it the level of at least Redmi Note 9S. For its price, it takes pictures normally, the cameras are not “for show”, but quite adequate for their level. If you need better cameras, you should pay attention to last year’s Redmi Note 8T / Pro, they have everything much better there, but the price tag is higher, and indeed these are devices from a different class. 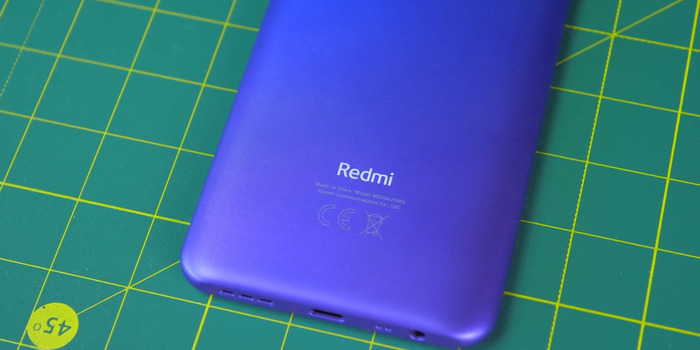 You can't expect very high performance from Redmi 9. The “heart” of the new smartphone is the MediaTek G80 processor. It's a fresh 12nm chip that's practically competitive with the Snapdragon 710 - but not in games. Where the “dragon” feels confident at high graphics settings, MTK loses FPS, heats up and provokes sensor glitches. Although there are no special problems outside of games - applications open quickly, nothing is dull and does not hang. Yes, small lags and friezes occasionally slip through, but pray tell, which smartphone from Xiaomi did not suffer from damp firmware at the start of sales?

On medium-low graphics settings, any game runs fine, be it PUBG or ShadowGun Legends. But in general, this is not a gaming smartphone, so you should not expect miracles from it. 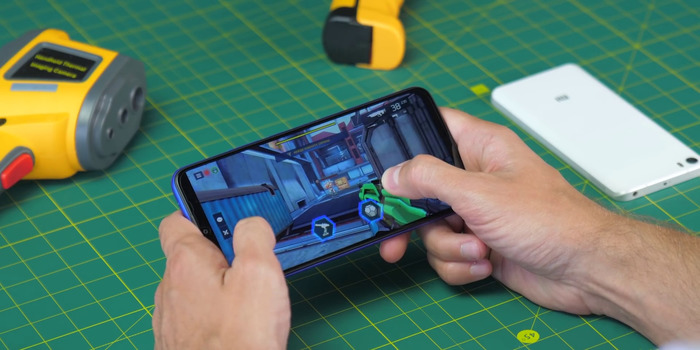 Xiaomi and its subsidiary Redmi literally rushed into the sea of cheap processors from MediaTek, not thinking about the stabilization of early versions of firmware and weak optimization of the MTK chips themselves in terms of energy efficiency and optimization of many games and applications from the market for, in fact, processors. Yes, this approach may force the creators of those same games to better customize their products to the features of MediaTek processors, but right now MTK plus raw firmware is an explosive mixture. So you shouldn’t take a state employee at the start of sales and count on smooth work - your nerves will be safer.

The volume of built-in and RAM is also “standard”: the younger version received 3 gigabytes of RAM and 32 built-in, the older one - 4 RAM and 64 built-in. If possible, of course, it’s better to take the older version, the RAM is never superfluous, but if Redmi 9 becomes an auxiliary device for you or you don’t use your smartphone too actively, the younger version will suffice. In any case, the internal memory can be expanded with a MicroSD card - upload photos to it, download movies and music on the road ... 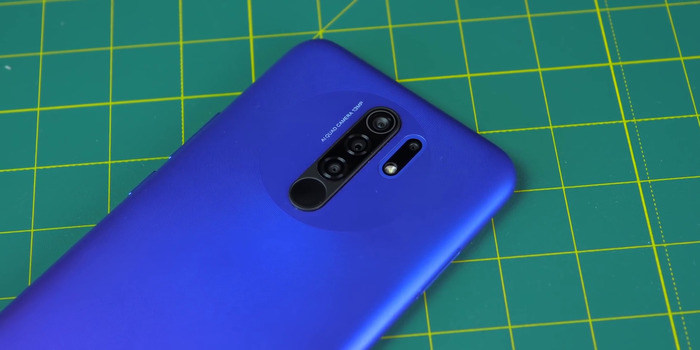 Redmi 9 received a capacious 5000 mAh battery, which is enough for one and a half to two days of battery life. Of course, with active use, including games and videos at maximum brightness, the battery will be consumed faster, but given the technical characteristics of the device, it is unlikely that avid gamers will be interested in it.

Social networks, calls, a few photos - and in principle, the device will definitely be enough for a day, or even for two. Fortunately, a capacious battery is already becoming the norm, and not an exclusive feature of individual lines. 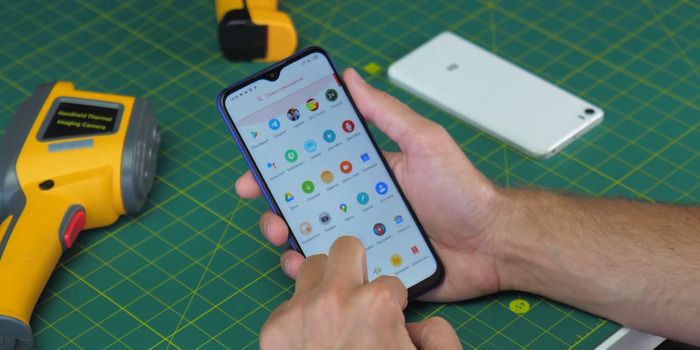 The weak point of all Xiaomi and Redmi smartphones at the start of sales is poor firmware optimization. On state employees, this defect is more noticeable, since the power of the iron is not enough to “pull out” the shortcomings.

The Redmi 9 line is a prime example of this. The problem is not only and not so much in the jambs of MIUI 11, but in the fact that they will not be fixed, waiting for MIUI 12, which should soon “arrive” on many smartphones, especially new items like the very Redmi 9. So waiting for MIUI 12, plus its running in and the elimination of bugs - it is quite possible that the device will be able to show itself in all its glory not earlier than the end of autumn. Not the most pleasant scenario, but again - buying Xiaomi almost at the start of sales, especially for $ 120, you need to be prepared for some discomfort. 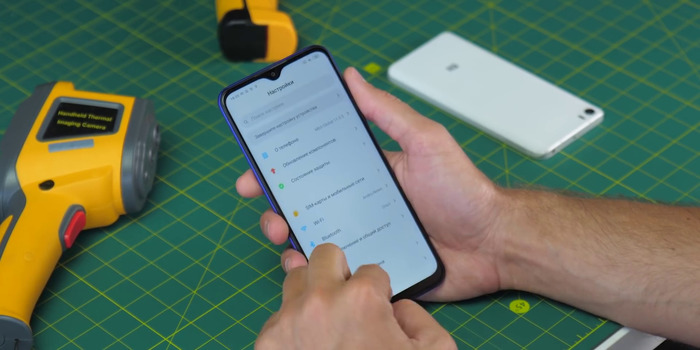 If you don’t find fault with friezes, lags and other things, Redmi 9 has everything that MIUI loves for, from all sorts of cosmetic settings such as the color temperature of the display and hiding the “drop” to cloning applications and a second space. It is difficult to refuse the last two if suddenly they come in handy and you are used to them - about the same as from NFC.

But the dialer in the global version is Google, so there is no recording of conversations out of the box. 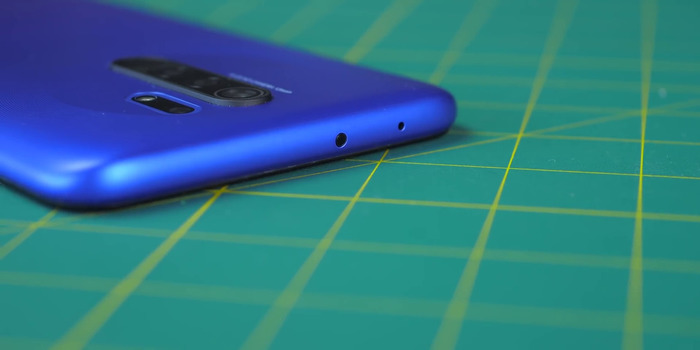 Redmi 9 received all the signs of “original” redmics – an infrared port for controlling equipment, a headphone jack, which many higher-end devices are deprived of, a loud, albeit not very “musical” speaker. But in addition to these familiar things, he also acquired what was recently the privilege of flagships and sub-flagships - an NFC chip. In the global version, Google Pay is supported out of the box, so you can set up, set up and pay right away.

But be careful - not all even global versions have received NFC. The "maximum" version with all the goodies is M2004J19AG. In general, when ordering from China, check this point with the seller, and when buying in your country from “gray” sellers, look for this item in the settings.

Yes, some still believe that the hype around NFC is greatly exaggerated, the presence of this chip is not necessary, and the desire to have it is stupid. Such users can take the non-NFC version for the same $120 and use it. Those who choose smartphones with NFC know very well why and why they need it. 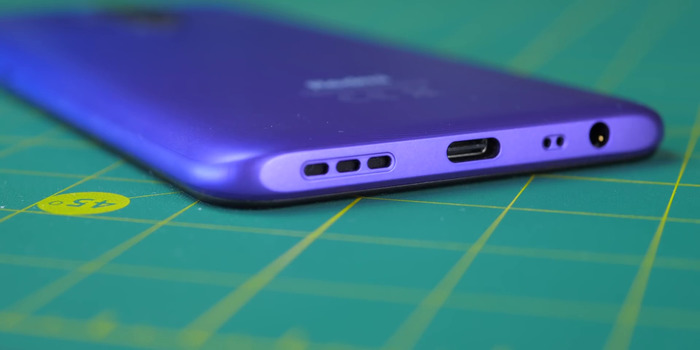 Redmi 9 is a normal, balanced budget smartphone with its own disadvantages and advantages. Yes, his cameras are “not so hot”, the performance is “not gaming”, and indeed the processor from MTK. However, due to its low cost, large screen, capacious battery, normal performance "at home" and the possibility of contactless payment, it may be of interest to many users, from schoolchildren to the elderly, from tablet lovers to owners of several different smartphones for work and for family and friends.

Where can I buy?

The cost of the smartphone at the time of writing the review with a couple of coupons is $120 . We advise you to subscribe to our Telegram channel with low prices for all electronics. 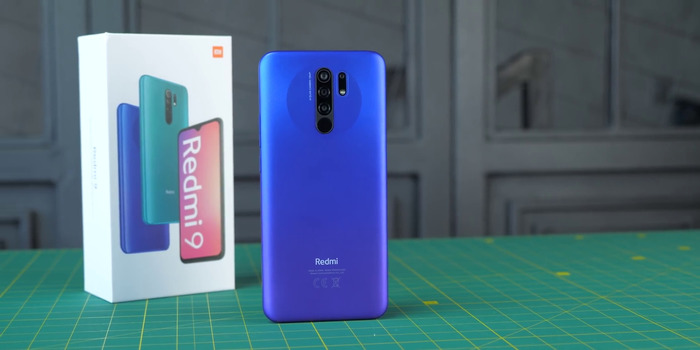