But we are not in a hurry to trust the information

Problems in the market and the coronavirus pandemic did not allow Xiaomi to release the Mi Band 7 fitness bracelet on time. But the well-known Digital Chat Station informant assures that the announcement will not be long. You should not exclude the option that Xiaomi Mi Band 7 may be presented on the same day as the premiere of Redmi Note 11T Pro , but the company itself remains silent. But Chinese sellers are already ready to start selling it. 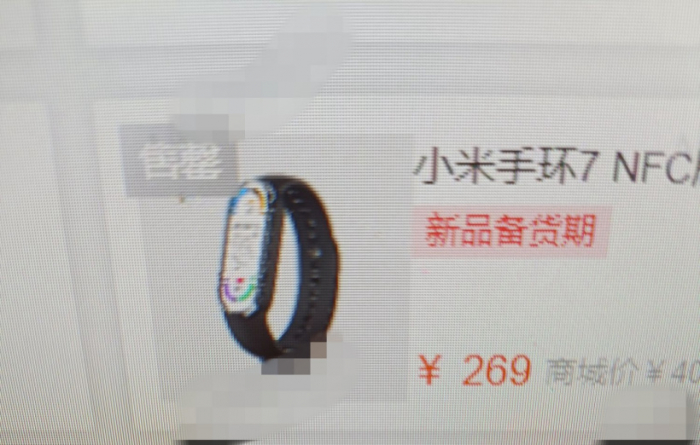 Information about Xiaomi Mi Band 7 appeared on the website of one of the Chinese online stores. The seller posted an image of a low quality fitness bracelet. You can consider that outwardly the novelty will be similar to its predecessor, it would be naive to wait for any changes in the design. They plan to sell a wearable gadget for $40.

According to rumors, Xiaomi Mi Band 7 should offer a 1.56-inch AMOLED display with a resolution of 490x192 pixels, a 250 mAh battery, a blood oxygen level sensor and GPS. The wearable gadget will be offered in two versions: with and without NFC support. Almost certainly, the company will announce the improvement of various sensors and algorithms to track physical activity and health. Chinese media reports that the mass production of Xiaomi Mi Band 7 has already started.