The global version of Realme GT Neo 3 is just about to debut in the global market, and the company is already preparing Realme Neo 3T with a Qualcomm chip. Insiders were the first to report this, then the model was found on the website of one of the certification agencies and in the benchmark database, and now the company itself has confirmed its appearance.

A post has appeared on the official Realme Global Twitter page, anticipating the release of the realme GT Neo 3T. Its appearance means the start of a promotional campaign and the company will not delay the release of the smartphone. Probably, in the first half of June, the novelty will debut. 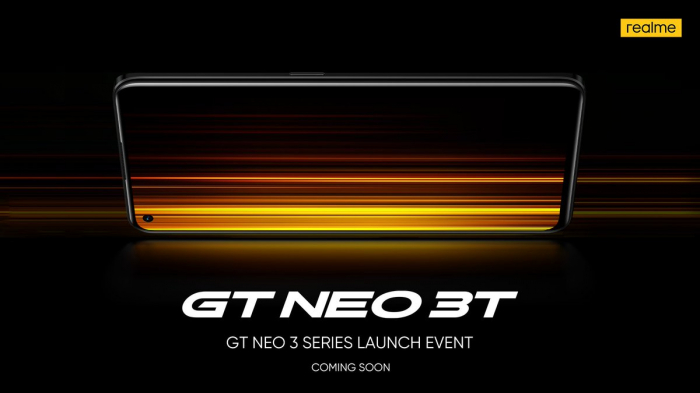 The company is still not revealing details about Realme GT Neo 3T, but there is already every reason to say that the main difference from Realme GT Neo 3 will be the hardware platform. Instead of Dimensity 8100, Snapdragon 870 will be offered, and the smartphone itself will become a global version of Realme Q5 Pro, which was previously presented in China.

Read also: Realme C30 will be the company's simplest and cheapest smartphone