We all love gaming smartphones, when for a small price we get a powerful device without anything superfluous. In the case of the Realme 9 Pro+ 5G FreeFire Edition, the company is releasing an improved version of its nine in collaboration with the FreeFire mobile game. Despite the stylistic box of the smartphone and the FreeFire branded stickers included, the smartphone does not look bold, but on the contrary, only the color palette on the sides and the inscription of the game reminds that this smartphone is special.

The main thing in such a smartphone is its performance, and here it is at the highest level. The Mediatek Dimensity 920 processor performs well in all games, and has good energy efficiency, the same processor is installed in XiaoMi 11i and Redmi Note 11 Pro, where it performed quite well there.

The screen is not bad by the standards of a gaming smartphone, the Realme 9 Pro + 5G FreeFire Edition has a standard 6.4-inch Super AMOLED with FHD + resolution and a frequency of 90 Hz, although the processor could pull 120 Hz.

We will not focus on the cameras, because there are no changes compared to the regular Realme 9 Pro + 5G. The same main module is 50 megapixels, and two additional ones, one of which is ultra-wide. 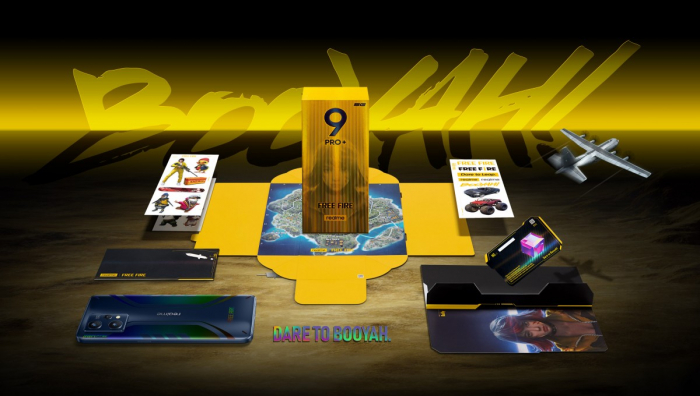 Let's move on to the interesting features of this device. You need to start with the fact that there is a cooling system here, which is rarely found in ordinary smartphones. The device also has an unusual fingerprint sensor with a heart rate monitor built into the display. Realme 9 Pro+ 5G FreeFire Edition is also not deprived of a high-quality vibration motor, which will allow you to feel some feedback in games, which will bring the gaming experience closer to console gamepads. The features of the smartphone do not end there, it also has a Dolby Atmos sound system and noise reduction based on neural networks.

Despite the average 4500 mAh battery by the standards of gaming smartphones, Realme 9 Pro + 5G FreeFire Edition has a fast charge of 60 W, capable of charging it by 50% in just half an hour. The handset will have 8GB of LPDDR4x RAM, 128GB of permanent storage, and 5GB of virtual RAM for a total of 13GB of RAM.

The price of the smartphone will be $360 for the memory version mentioned above, and we are sure that the smartphone will appeal not only to fans of the FreeFire game, but to game lovers in general. In case you are not interested in games on smartphones, we advise you to look towards POCO F3 or the standard version of Realme 9 Pro+ 5G. 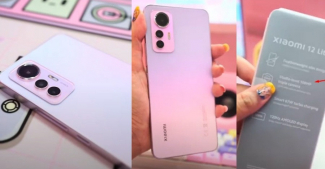 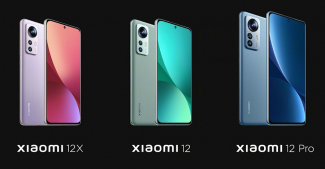