Next Monday, ZTE will make a presentation of the Axon 40 series, which, in addition to the basic version, will also offer the Axon 40 Pro and Axon 40 Ultra. The company has already boasted that the top model of the line will offer third-generation under-screen camera technology and a triple rear camera, where all three sensors can be 64 MP. 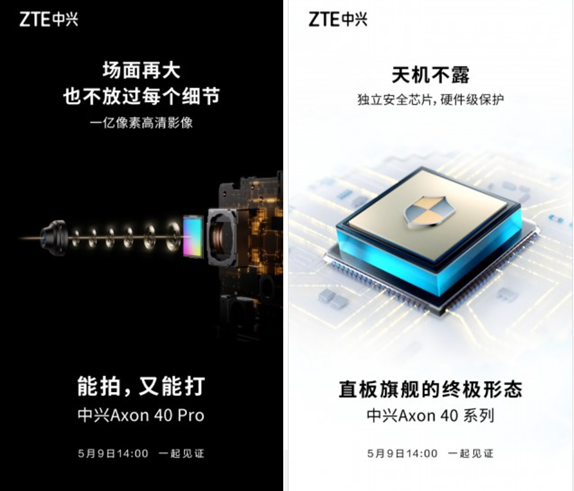 Today, ZTE updated information about the Axon 40 with information that the new series received an independent security chip at the hardware level. Such chips typically act as a gateway for encryption and authentication functions. Among other things, the company confirmed that the ZTE Axon 40 Pro will offer a 108MP sensor as the main one in the main camera. Presumably, we are talking about the Samsung ISOCELL HM2 sensor.

Recall that it was previously reported that the ZTE Axon 40 Ultra will have a triple camera with a 64 MP Sony IMX787 main sensor, a 64 MP OmniVision OV64GB ultra-wide-angle sensor and a 64 MP OmniVision OV64GB telephoto lens. It is also known that at least two of the three new items should receive a Snapdragon 8 Gen 1 chipset and stereo speakers with support for Qualcomm Snapdragon Sound and dtsX Ultrasound technologies.