PWM on screens in smartphones - what is it, table

When purchasing a mobile device with an AMOLED screen, many do not even know what PWM is in a smartphone , although it is precisely this that is the main drawback of such matrices. Users then write that they feel headaches and discomfort in the eyes when using a phone with an AMOLED display for a long time. Let's take a closer look at what is meant by the abbreviation PWM, and how this process affects health. 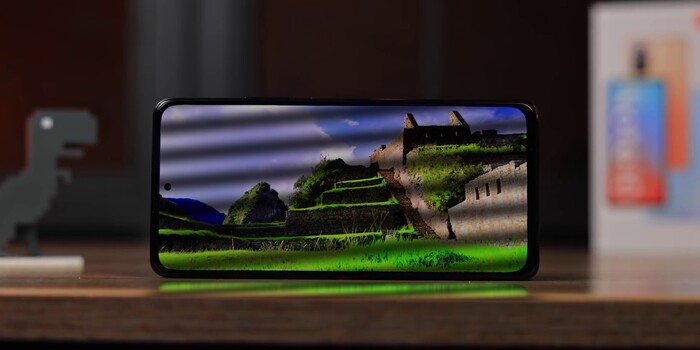 PWM (Pulse Width Modulation) is a technology used in phones to adjust the brightness of the display. Any screen consists of LEDs that allow you to see the image and text. It would seem that to reduce the brightness, it is enough to lower the power of the LEDs, but such manipulation most often does not work on AMOLED. Therefore, pulse-width modulation was invented. LEDs do not change their power, but start to turn on and off quickly. 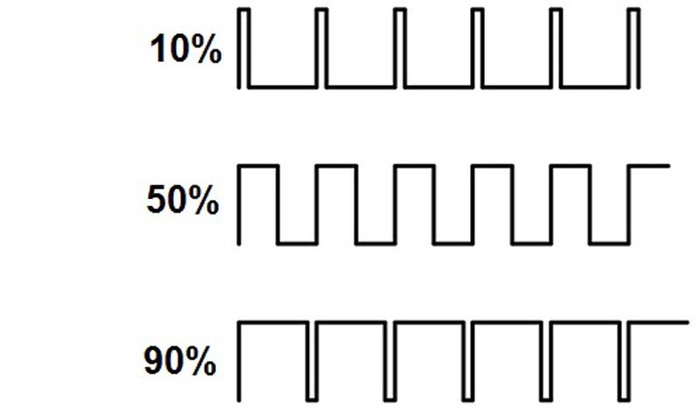 You are probably wondering: how can a person not see this flicker? After all, it seems to be possible to determine when the lights on the screen light up and when they go out. Let's say right away that the human eye does not recognize flicker, even if you look closely. The fact is that the brain ceases to perceive flicker already at a frequency of 60 Hz. Therefore, it seems to a person that the LEDs are lit continuously. Alas, this still affects the state of health, but we will talk about this a little later. 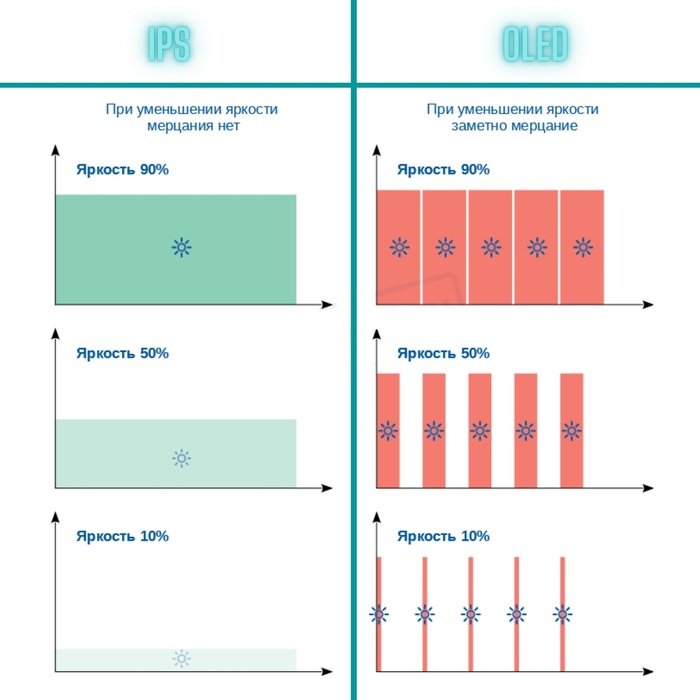 As you already understood, pulse-width modulation reduces the brightness of the screen, but it does this in a non-standard way. After a certain period of time, current enters the LED, and the pixel flashes brightly, and then goes out. Flashes are very fast and frequent - it is due to this very pulsation that we do not see, but it seems that the display is not so bright.

Imagine that you are looking at a light bulb that is constantly flickering. Of course, there will be discomfort and even pain in the eyes. The same thing happens when using screens with PWM. You don't see the flicker at 60 Hz, but the brain still gets a lot of stimulation. 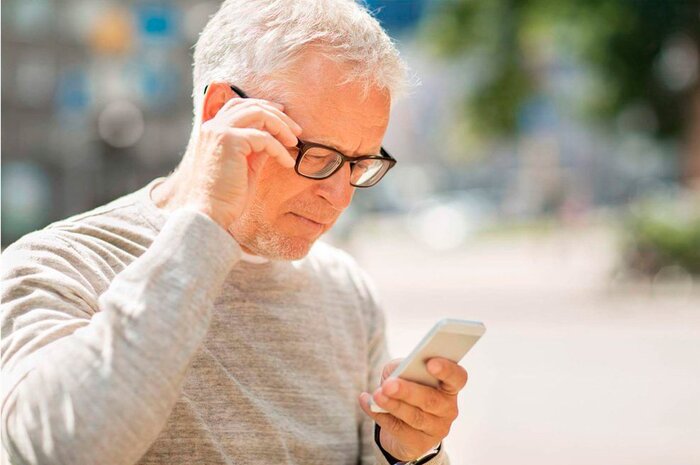 Some people are less affected by light pulses, others more. For example, pilots and gamers pick up flicker more strongly. If you are receptive to such a frequency, there will be a certain discomfort, namely:

Scientists have not identified significant harm from PWM. That is, the person will experience only short-term unpleasant symptoms. Does vision deteriorate? Unfortunately yes. You will not notice an instant deterioration, but if you use smartphones with PWM for several years, also reducing the brightness, your vision will definitely worsen.

Which smartphones use PWM 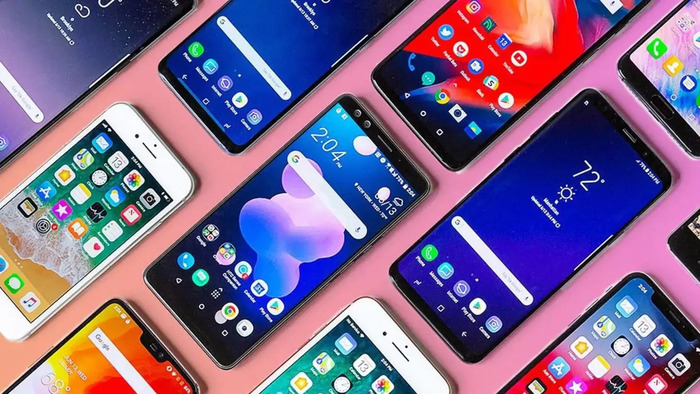 We found out what PWM is, but is it used in all mobile devices? No. The technology is used only on AMOLED matrices (OLED, Super AMOLED). The main feature of such displays is the presence of organic light-emitting diodes. Pixels work separately, they are not connected to each other. By the way, it is the independent functioning of the pixels that allows developers to implement the Always-on-Display mode.

In IPS screens, the structure is different: the matrix consists of two layers. These are liquid crystals and illumination. When the brightness is reduced on IPS, the LEDs simply change power, but do not flicker. AMOLED matrices do not have a backlight layer, so brightness control is only possible using pulse-width modulation.

Some people feel great discomfort from PWM. Even technologies that are supposed to reduce harm, such as DC Dimming, do not help. If the user is uncomfortable using Amoled, there is only one way out - to switch to IPS. Yes, the image quality and color reproduction will be much worse, but the eyes will stop suffering.

The number of light pulses differs depending on the smartphone model. The higher the flicker level, the less impact on the eyes. An absolutely safe indicator is 300 Hz and above. 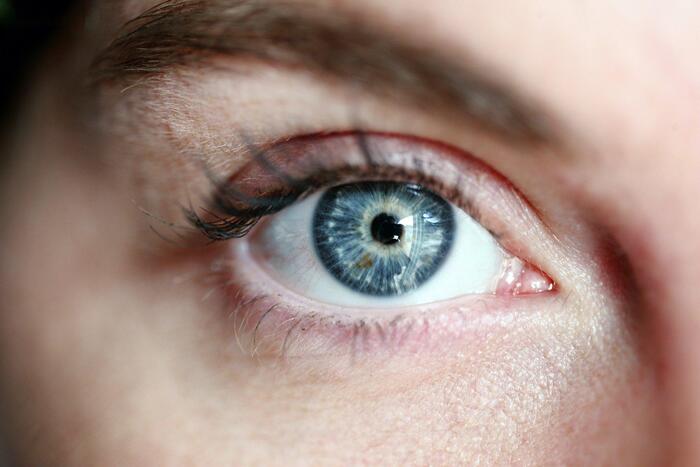 We cease to notice the ripple with the naked eye already at a frequency of 60 Hz. But up to 300 Hz, the brain still picks up impulses and is constantly in an excited state, which is fraught with poor health. If the frequency exceeds 300 Hz, the brain no longer recognizes the flicker, and no harmful signals are received.

But manufacturers save money on phones, so the ripple level is usually 200–250 Hz. About 60% of users are susceptible to this level of flicker, so they will experience unpleasant symptoms.

Below are tables with PWM levels in well-known Android smartphones.

As you can see, some modern models have a level of light pulses above 300 Hz. But still, most smartphones on the technology market still flicker at a frequency of 200-280 Hz . 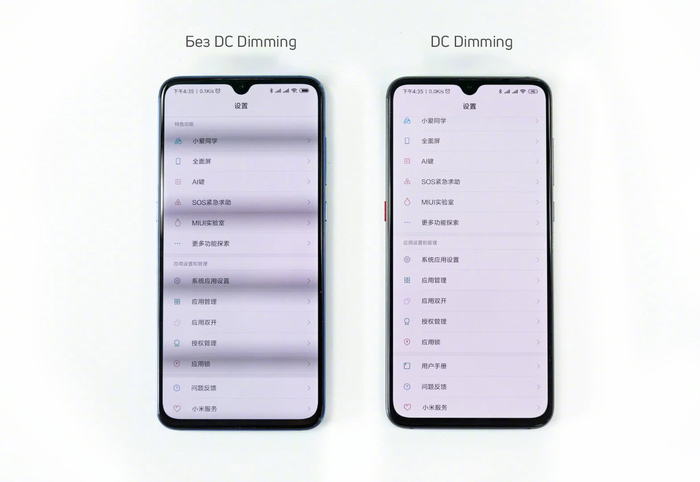 DC Dimming is a relatively new feature pioneered by Xiaomi. The technology allows you to reduce the brightness of the screen, simply by reducing the power of the supplied current. That is, due to a decrease in voltage, the display does not shine so intensely. Flickering still remains, especially at brightness below 40%, but the pulses are no longer so active.

There is also a drawback, and this is color distortion. DC Dimming significantly degrades color reproduction. Colors take on a reddish tint. 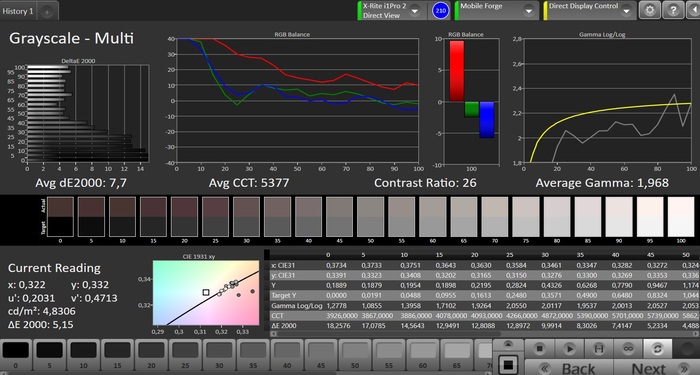 The technology is found only in some models. Manufacturers are in no hurry to add it to their smartphones, especially for inexpensive devices. But if you are very sensitive to PWM, be sure to check for DC Dimming before purchasing a new mobile device. So far, this is the only working method to escape the harmful flicker.

How not to feel the influence of PWM 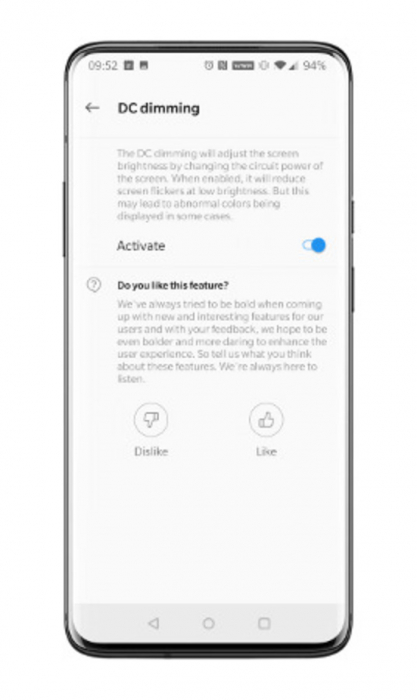 As noted above, some people suffer more from flicker, some less. It is impossible to influence this, but it is quite possible to reduce the influence of PWM. For this:

We found out what PWM is in a smartphone and whether it affects a person. There is no significant harm from flickering, but unpleasant symptoms may appear. Write in the comments if you knew what PWM is and if you experience discomfort from AMOLED matrices.