Siswoo C55 Longbow: review of the most affordable phablet with MT6753 processor

The Siswoo C55 Longbow smartphone came to us for testing, with which this young and promising Chinese company is going to start its conquest of the European market. We have already reported that this Chinese manufacturer is opening branded service centers in Europe. And this inspires optimism that the quality of its products will be at a very decent level, capable of satisfying the requirements of residents of the EU zone.

But not only this was the criterion for choosing the Siswoo C55 Longbow smartphone for our testing. The fact is that the history of the creation of this device turned out to be quite interesting. Initially, the manufacturer planned to equip this model with a MT6735 4-core processor, an 8 MP rear camera and a 4200 mAh battery, which would put it in a line of budget long-playing devices. However, shortly before the start of sales of Siswoo C55 Longbow, the manufacturer announced the change of the previously announced processor to the 8-core MT6753. The changes also affected the rear camera, the resolution of which has grown to 13 megapixels. And many would have taken these changes with enthusiasm, if not for the fact that the battery capacity of this model has been reduced to 3300 mAh. At the same time, the manufacturer referred to the fact that initially the battery capacity of this smartphone was erroneously attributed and was taken from another model. 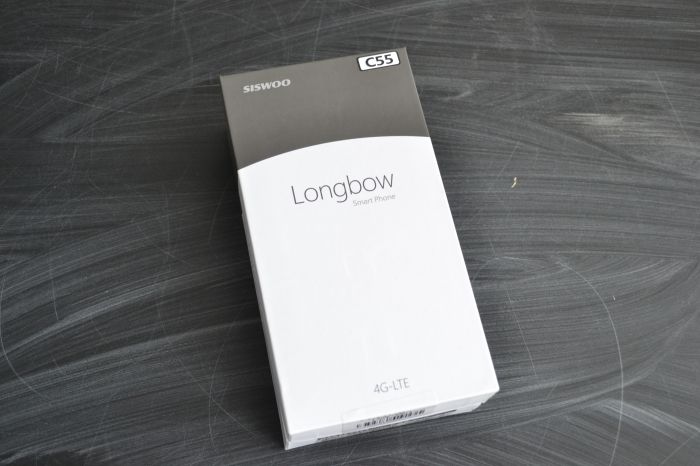 Be that as it may, the Siswoo C55 Longbow smartphone has not lost its attractiveness in the eyes of the buyer, since the price for it has remained quite reasonable, not exceeding the $150 barrier. In fact, in China, this device can be found even cheaper, which allows us to consider it as the most affordable MT6753 phablet. A nice bonus in this model is the presence of an infrared transmitter, with which you can remotely control home appliances (TVs, air conditioners, etc.). And taking into account all of the above, we simply could not ignore the Siswoo C55 Longbow smartphone.

During our testing, we, as usual, tried to be as objective and honest as possible in evaluating the capabilities of this smartphone and identifying all its advantages and disadvantages. And what we got out of this, you have to find out by watching a special video report dedicated to this testing.