Headliner of the entire presentation.

Today, Xiaomi made a big presentation, which showed the long-awaited Xiaomi 12S series. Smartphones in this series really open up a new page in the history of the company, because these are the first devices from Xiaomi, created in collaboration with the German optics manufacturer Leica. 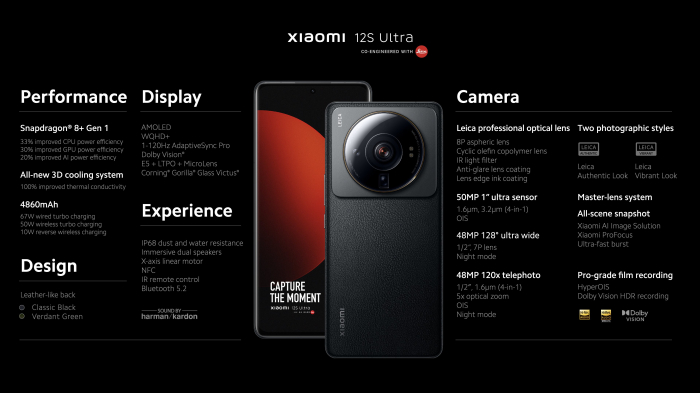 So, in total, the new series consists of three models: these are Xiaomi 12S, 12S Pro and 12S Ultra. The first two new items are not very different from the usual Xiaomi 12, they received only a small upgrade of the camera and a new processor. And the title of the most interesting device went to Xiaomi 12S Ultra, because the company kept the specifications of the top device a secret until the very end (learn, Google). 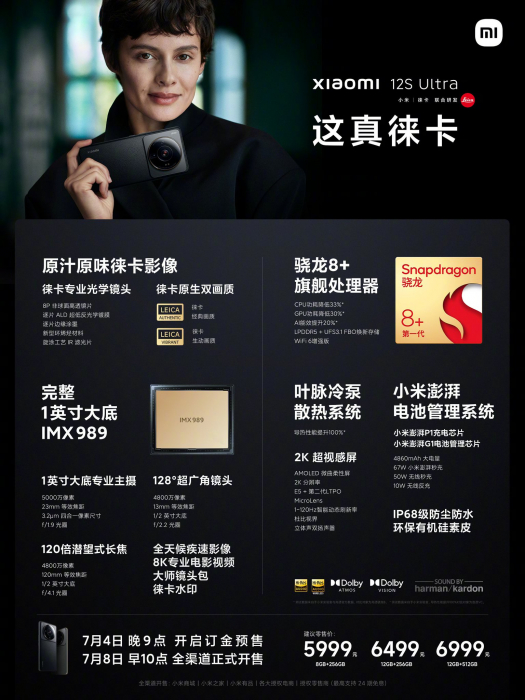 But today all the cards were revealed. The smartphone is powered by the flagship Snapdragon 8+ Gen1. The camera of the novelty consists of three sensors: a 50-megapixel wide-angle module with a size of 1 inch, a 48-megapixel ultra-wide angle with a viewing angle of 128 degrees and a telephoto lens with identical resolution and five times optical zoom. The main and telephoto lenses also received support for optical image stabilization. The display of the smartphone is made using Amoled E5 technology, has a WQHD + resolution and a dynamic refresh rate from 1 to 120 Hz. For the autonomy of Xiaomi 12S Ultra, a 4860 mAh battery is responsible, capable of charging via wire or without it at a power of 67 and 50 watts, respectively. It is also possible to charge other devices wirelessly at a power of 10 watts. The flagship case is protected according to the IP68 standard. 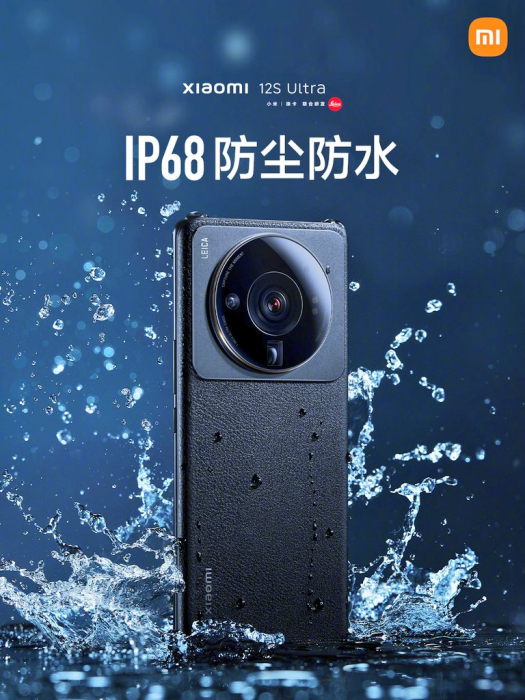 Xiaomi 12S Ultra is available in two colors: black and green. From memory, they offer two versions: 8/256 or 12/512 GB. The price of the novelty starts at 860 euros in the Chinese market. Global prices are not yet known.