Just yesterday, the Meizu presentation died down, the main character of which was Meizu 16X , and he is already in the Andro-news studio. It is not perceived as something revolutionary and something out of the ordinary. But this is a serious contender for the title of the best Chinese mid-range smartphone this year. And with this model, Meizu is getting closer to regaining its role as a manufacturer of really cool smartphones with a decent price-quality ratio. We applaud Meizu for the work done and delve into what has changed with the smartphone compared to the flagship Meizu 16th, except for the appearance of the Latin letter X and whether it has become a phenomenon on the market. 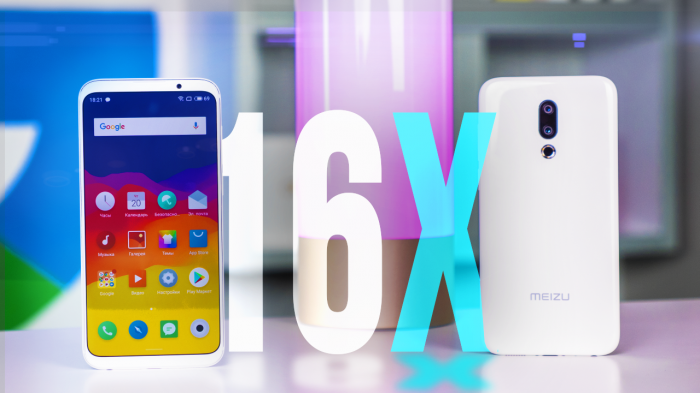 This is a really good smartphone, it fully pays off every dollar invested in it and the company did not disgrace, did not make miscalculations like installing a MediaTek chip, a classic screen with an aspect ratio of 16:9 and did not chase fashion with a “monobrow”. The new product has it all - it is an attractive, technological and productive device, the capabilities of which will be enough for most users. With the advent of the 18:9 AMOLED panel, the company cannot be reproached for the backwardness of the display, the aluminum body makes it look modern and practical, and in terms of photos, the Meizu 16X can reasonably claim to be the best camera phone in its price segment. In fact, there are no frankly weak points here. This is a high-quality, thoughtful and modern smartphone. Now this is one of the nice smartphones that Meizu has created. The company has made a serious bet in the market - and it should play. You will learn about the reasons that formed the basis of our conclusion by looking at the review.