Realme V23 released: a lot of memory, a capacious battery and Android 12

While OnePlus is preparing to re-release the Realme GT Neo 3 twice under the names OnePlus 10R and OnePlus Ace , Realme itself continues to release smartphones and this time the novelty has joined the ranks of the V series. The Realme V23 premiered in China today. 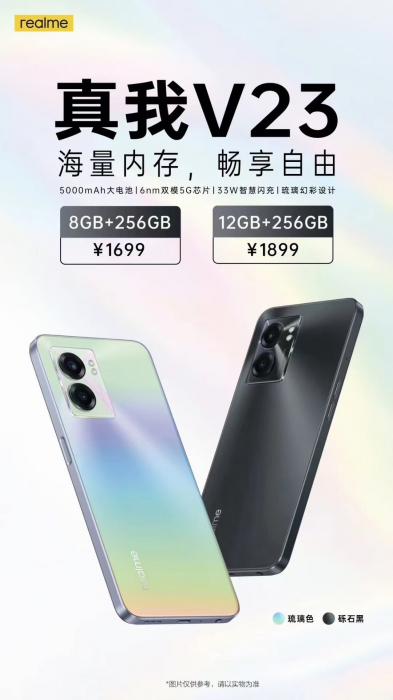 The smartphone has a fingerprint scanner at the end, a 3.5 mm headphone jack, 33 W fast charging and a dual rear camera, where a 2 MP “stub” was given to the main sensor in a pair of 48 MP. The Realme V23 is run by the Android 12 operating system with the Realme UI 3 shell.

Read also: Features of Realme Q5 Pro and Realme Q5i: the firmware is the most interesting

It is noteworthy that even in the basic version, the smartphone has a flash drive with a capacity of 256 GB. They offer to choose from modifications with 8/256 GB and 12/256 GB of memory at a price of $267 and $298, respectively.