Pros, cons, "pitfalls" of Xiaomi Mi 10T Lite - find out in our review

Poco X3 or Xiaomi Mi 10 Lite? Which smartphone to buy?

What's on the cameras

In addition to close to the flagship Xiaomi Mi 10T and Mi 10T Pro, the company introduced a younger model - Xiaomi Mi 10T Lite. With a display with a higher hertz, almost similar dimensions, but with a simpler platform, a slightly smaller battery and put it in a different price category. The logic of its creation is simple: to reduce the price due to several simplifications. 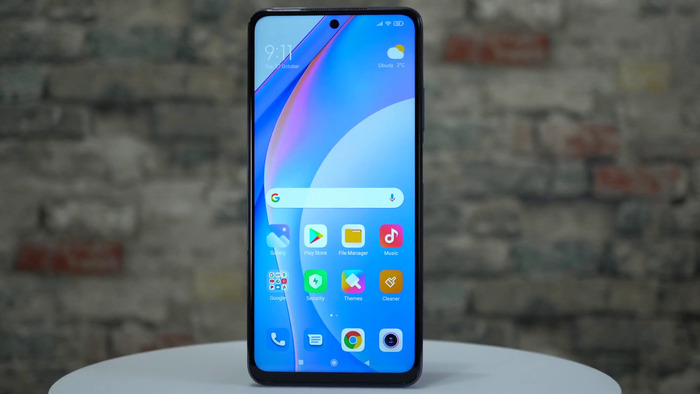 But still, with its philosophy, Xiaomi Mi 10T Lite is very close to the Poco X3 NFC, which costs less than you might ask for the proposed feature set. Something needs to win over competitors. A proven and effective way is to set a relatively low price tag for the proposed set of features compared to competitors. Should I take it? 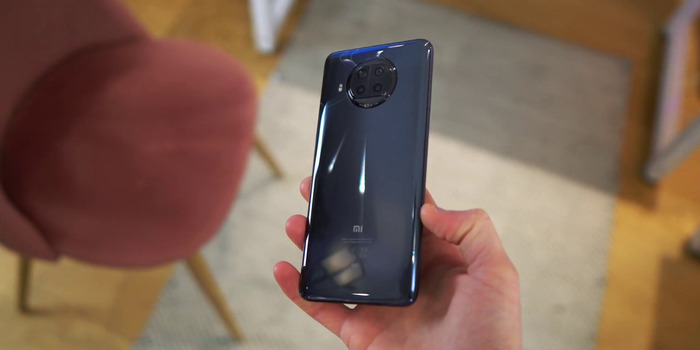 Interestingly, Xiaomi Mi 10T Lite is similar to the flagships in a number of parameters and even surpasses them in some of them. It has good hit potential and competitiveness, and is also created against the backdrop of today's realities, when users are increasingly looking at mid-range smartphones rather than flagships. The reason is simple: the “middle peasants” have significantly improved recently and in terms of the level of technical development they are stepping on the heels of their older brothers. So why pay more? 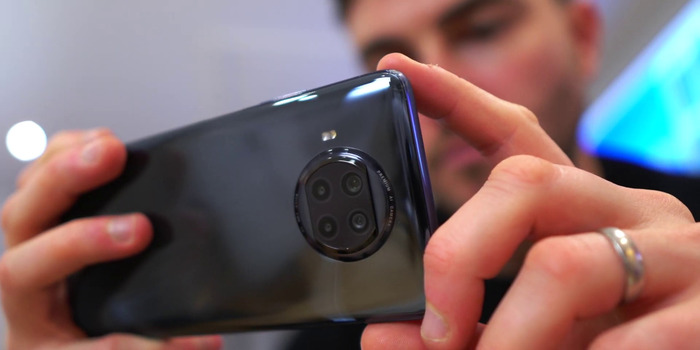 Characteristics of Xiaomi Mi 10T Lite, which are bet on: 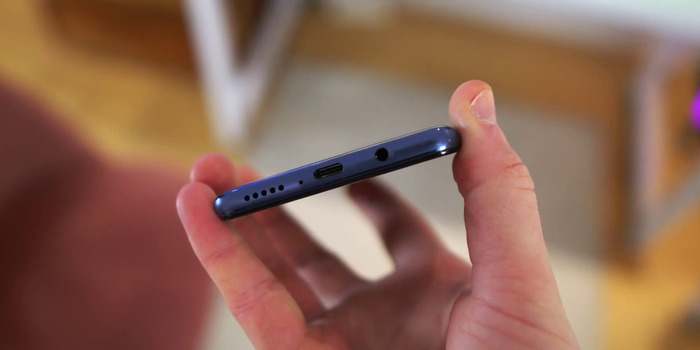 The company tried to make sure that in terms of materials, speed, workmanship, cameras and additional body kits like stereo speakers or an increased hertz of the Xiaomi Mi 10T Lite display, it felt like a full-fledged flagship. And in technical terms, the smartphone fits well into the task. 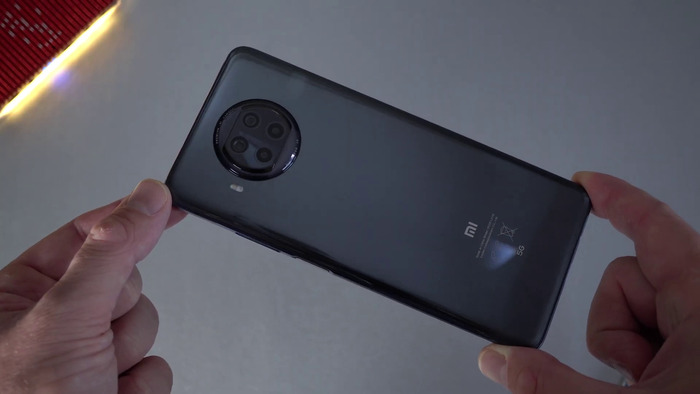 For most users and fans of Xiaomi products, this issue is perhaps the most important. Trying to figure out which of the two smartphones is better, what you will have to put up with, or what you will definitely win in, is not as important for many as a specific answer to the question: which smartphone to choose. Let's say right away that if you find the characteristics of Xiaomi Mi 10T Lite optimal, you are satisfied with the price and are ready to act without regard to the Poco X3 NFC price, then take it for sure. But if you are in doubt or undecided, then the text below is for you. And if you are too lazy to read a ton of text, then you are welcome to go straight to the conclusions . 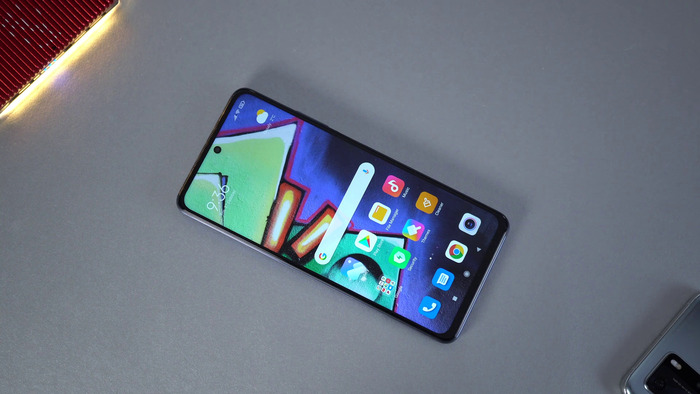 The next paragraph could have started with whining about the external monotony of modern smartphones. Therefore, we will immediately agree on the shore: design is a subjective matter, “gourmets” and aesthetes should definitely pass by Xiaomi Mi 10T Lite. For everyone else, let's say that the novelty has an external continuity or similarity with the Poco X3 NFC. Here they are trying to play and exploit the unusual design of the main camera block, designed to show the originality of the device. 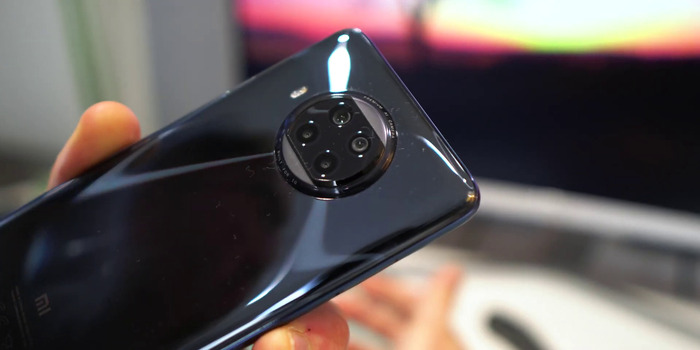 For the sake of a touch of individuality, and to make the novelty recognizable, the platform with image sensors seemed to be turned 90 degrees and visually highlighted with a halo. The block sticks out a little, but it definitely does not spoil the ergonomics and visual perception of the smartphone. But the facade is absolutely standard: a display with thin frames and a “round” for the front camera. It's hard to stand out here right now. Here they refused to arrange some kind of color bacchanalia, offering noble gray and blue colors. There is a “rose gold beach” color on sale, if you want to not be like everyone else and show off. 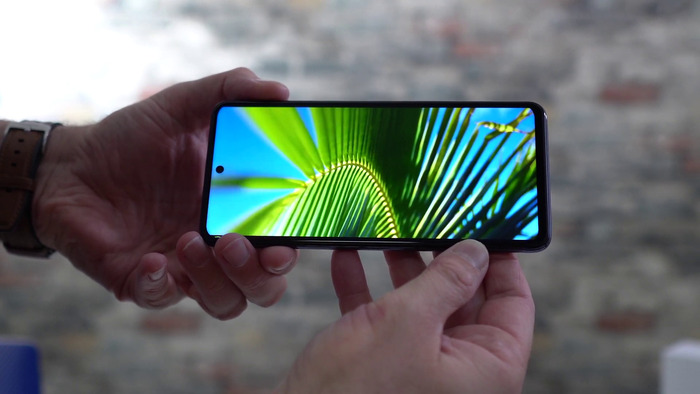 The screen is covered with tempered glass Gorilla Glass 5 and the same material was used to make the back panel. It is in the case materials that one of the differences from the Poco X3 NFC lies, where the “back” is lined with plastic. The glass on the back makes Xiaomi Mi 10T Lite look more premium, nicer and more advantageous compared to the Poco-branded model. But the latter has IP53 protection, while the light version of Xiaomi Mi 10T does not have such a feature. It does not add to the joy that Xiaomi Mi 10T Lite is a very slippery device, so be prepared to hide it in a case. Fingerprint scanner on the side. There are no questions about the clarity and speed of response to it. 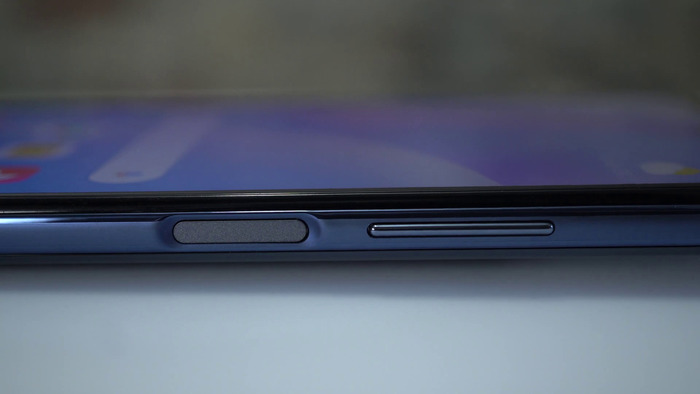 Alas, it is difficult to say that it is convenient to use Xiaomi Mi 10T Lite. We have to put up with a device that, in terms of its dimensions, approaches the TV remote control and weighs a lot - 214.5 grams. Not every pocket will fit a mobile phone 9 mm thick, and it has firmly registered among two-handed smartphones. 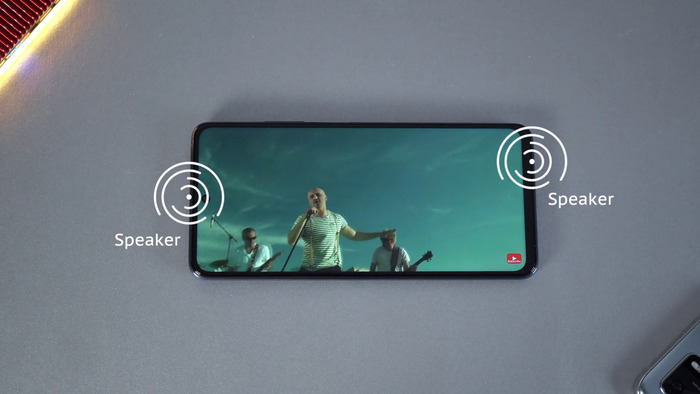 The main feature of the screen, on which the manufacturer emphasizes, is an increased refresh rate of 120 Hz. And this is really a feature that allows you to stand out. Gamers will especially like it, since there are already plenty of games with support for increased refresh rates. The fact that the touch processing frequency is 240 Hz also has a positive effect on the gaming experience. 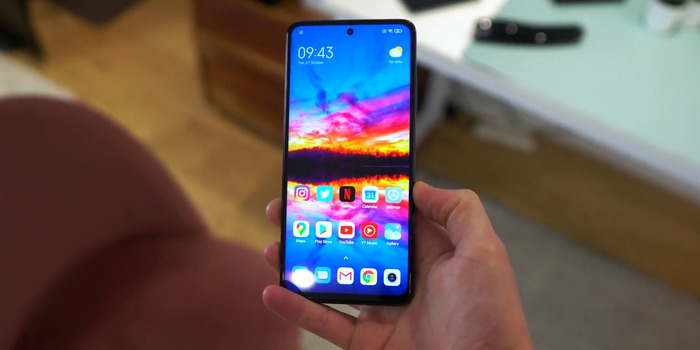 It should be noted here that the company offered an AdaptiveSync panel with an adaptive hertz setting. The smartphone itself determines when and what refresh rate to use. So, in basic scenarios like watching static animations, photos or reading, it gives out 30 Hz. And the maximum 120 Hz is turned on in games, because when viewing pictures, the increased hertz does not make any weather, but it eats up the battery fairly. There are six modes in total: 30 Hz, 48 Hz, 50 Hz, 60 Hz, 90 Hz and 120 Hz. Why so many? To reduce the load on the battery. In the case of Poco X3 NFC, there is no adaptive hertz, there are two refresh rates to choose from - 60 Hz or 120 Hz. 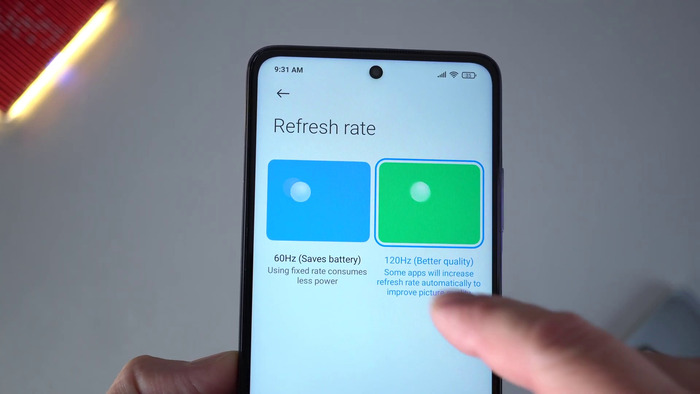 The display here is IPS, quite solid FullHD + resolution, and it is of good quality, the company obviously has not saved here. It is set up well, there is no PWM, there are thoughtful and extensive screen settings, manual auto-brightness and a maximum brightness of 450 nits. The minimum is 3 nits, so that you can comfortably use your smartphone in complete darkness. Due to the type of matrix, deep black is not worth the wait. Nevertheless, there are no complaints about color reproduction, the contrast is pleasant and the viewing angles are wide. 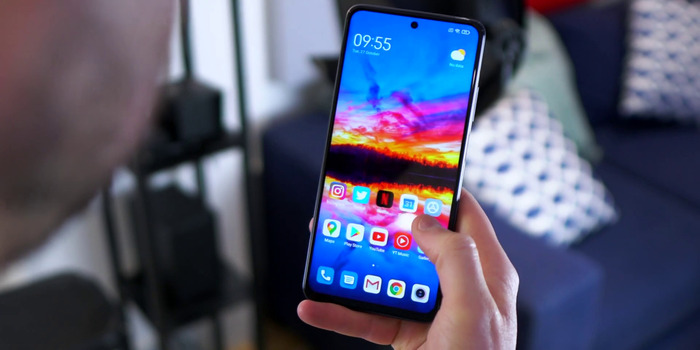 In terms of sound, the situation is positive - there is a 3.5 mm headphone jack and stereo speakers. The sound is very personal and saturated, but you won’t get something cool in terms of sound and, subjectively, the volume is not enough. Of course, the smartphone did not forget to offer infrared and NFC, and with it all the benefits of using Google Pay.

Xiaomi Mi 10T Lite has up-to-date and decent “hardware” among “classmates” – Snapdragon 750G. This is a modern, economical and high-spirited chip, and the Latin letter G gives it an enhanced graphic component. Regarding the numbering of hardware platforms, the new single-chip system seems to be one step below the Snapdragon 765G. But this is in theory, but in practice there is almost no difference with this chip. Snapdragon 750G produces similar values in benchmarks, where it is customary to measure the performance of smartphones. So, according to the results of the race, Xiaomi Mi 10T Lite in AnTuTu is gaining about 333 thousand “parrots”.

The Snapdragon 750G is definitely a mid-range gaming platform and one of the best in its price range. The main load falls on eight processor cores Kryo 570, overclocked to a frequency of 2.2 Hz. It is made according to the 8-nanometer process technology and Adreno 619 is responsible for the graphics. In practice, the chip shows a decent level of performance, this is one of the most economical and “cold” processors. The smartphone throttling test passes confidently. In difficult conditions, Xiaomi Mi 10T Lite does not freeze, there are no slowdowns, and the presence of fast memory has a positive effect on the impressions of the smartphone: both the RAM and the drive practically fly. 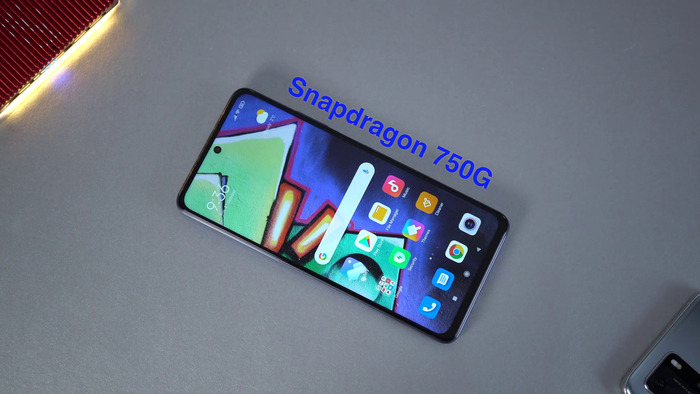 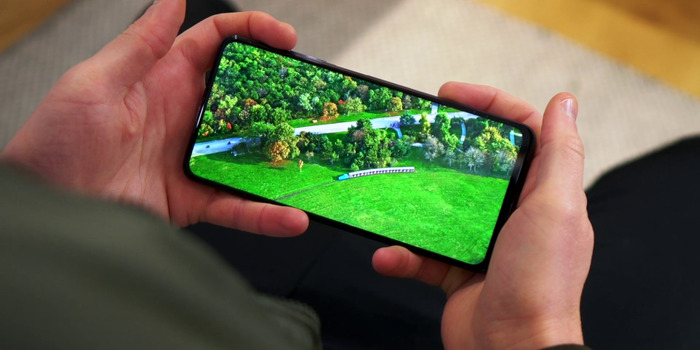 What's on the cameras

Xiaomi Mi 10T Lite has the same number of cameras as Poco X3 NFC. But the set of sensors, although similar, but there are differences. If the product from the sub-brand has a 20 MP front camera, then the light version of Xiaomi Mi 10T has 16 MP. 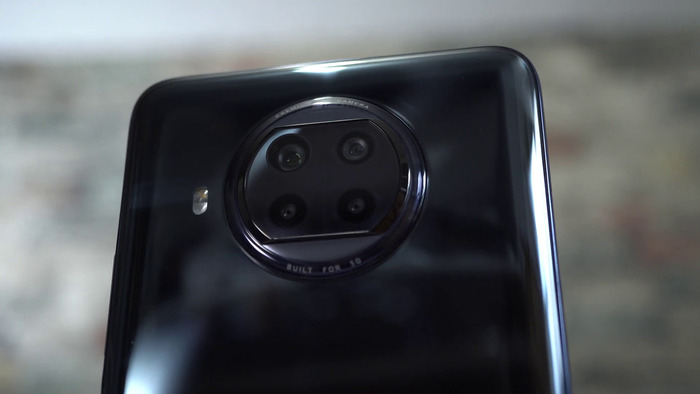 The main camera of both smartphones consists of four modules: 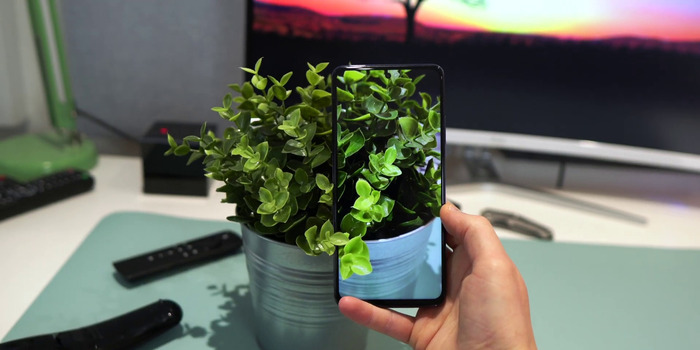 The main camera on the back side is very decent in itself - Quad Bayer with a resolution of 64 megapixels. It lacks optical stabilization, but offers a decent f/1.89 aperture. By the way, the Poco F2 Pro has an identical resolution module, but the sensor is Sony IMX686. 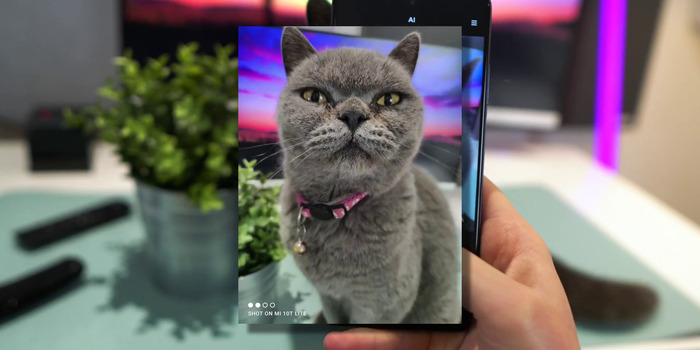 It shoots the Xiaomi Mi 10T Lite's key sensor quite decently and the wide-angle lens allows you to cover a much larger area, but it is useless outside of landscape scenes. In the daytime, the camera produces good pictures, there is a riot of colors, sharpness, a clear white balance and well-developed details, but it fails in low light: for a detailed and low-noise image, the resources of a sensor devoid of OIS are not enough. In difficult lighting conditions, it is difficult to get a sharp, unblurred and clear picture. Night mode with multi-frame exposure helps to level out a number of shortcomings, but not always.

The smartphone has a macro camera and a depth sensor. Such modules have already become regulars in a large number of devices. The photos they give out are ordinary and not of the highest quality. One camera could handle all shooting scenarios with the help of software, but let's take for granted the fashion for a large number of cameras. 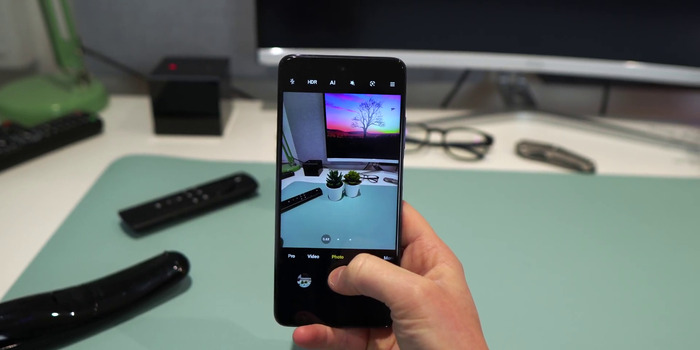 Xiaomi Mi 0T Lite selfie camera is not impressive. Not in the sense that she is frankly weak and gives out poor quality self-portraits. And in the sense that it is ordinary, there are enough opportunities to produce a good picture both outdoors in natural light and indoors.

Xiaomi Mi 10T Lite received a 4820 mAh battery. This allows you to compensate for the damage due to the presence of a large screen with increased hertz and a 5G module. With standard use, the smartphone will live for a day on a single charge, but you should not forget to put it on overnight charging. Under load from mobile games, the battery drains rapidly. 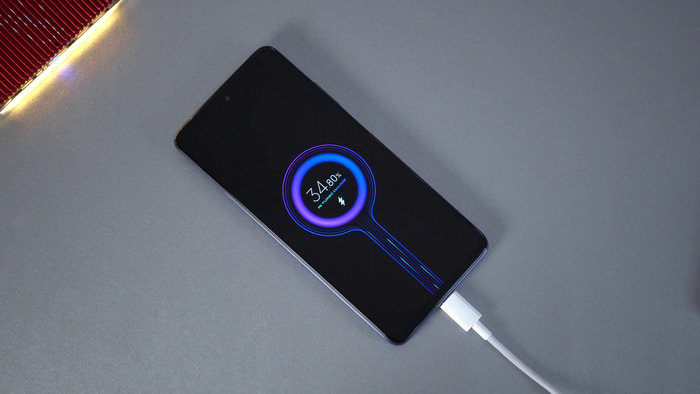 There is a USB Type-C port for charging, the smartphone comes with a complete 33W charger. It takes approximately one hour to fully charge. Wireless or reverse charging was not offered. 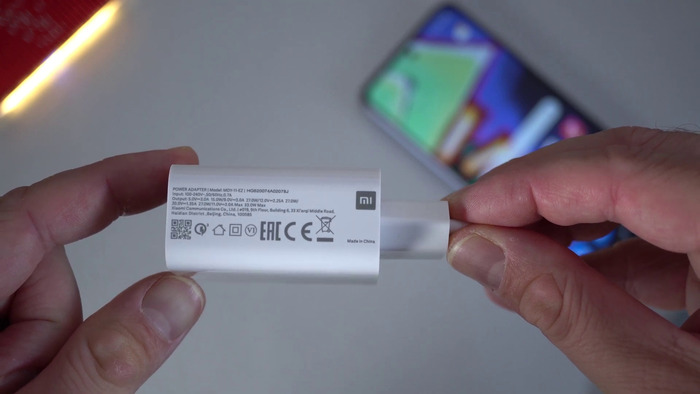 Xiaomi Mi 10T Lite leaves a good impression. It has a fresh chip, a great screen, NFC support, and it looks good. We add here worthy, but not top-end cameras, stereo speakers and a mini-jack. The price is generally adequate, although there are nuances and they are primarily due to the exchange rate of domestic currencies. 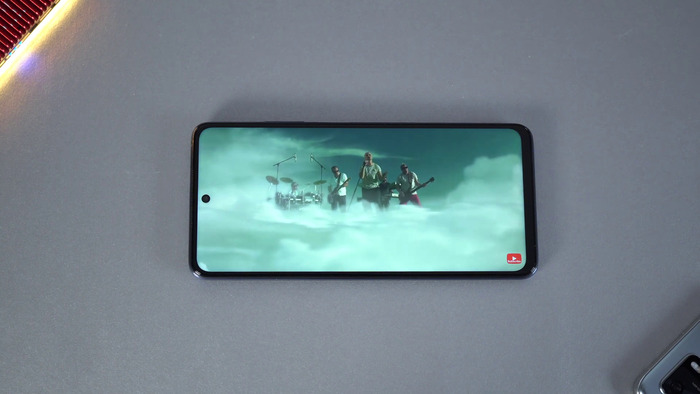 The device is similar to the Poco X3 NFC, first of all, in its philosophy and a number of features, but Xiaomi Mi 10T Lite has a more powerful chipset, better sound and premium case materials. In all other respects, approximate parity. And to be clear, Xiaomi Mi 10T Lite is a good choice if you want a noble smartphone with decent performance. And the rest - Poco X3 NFC is the same universal and stuffed with the necessary soldiers, which is radically inferior to the Lite version only in terms of power, but at the same time cheaper. If you are used to paying wisely and economically for a smartphone, take the Poco X3 NFC.

What can stop you from buying: