The Andro-News.com portal presents to your attention a video review of the most expensive and most powerful Xiaomi smartphone at the moment.

In winter, we presented to your attention a review of the standard version of this device - the Xiaomi Mi Note smartphone, which left us with the most positive impressions. But the Pro version of the device went on sale only in May of this year and immediately fell into the category of the most scarce goods. And now, after some time from that moment, we still managed to find a seller who offered the best price for this smartphone and whose product was in stock. And now, the long-awaited Xiaomi Mi Note Pro has finally arrived at our editorial office, where we immediately began its detailed testing, the results of which are presented in the corresponding video review.


Recall that Xiaomi Mi Note Pro received a more powerful hardware stuffing compared to the standard version. The main features of Xiaomi Mi Note Pro are the presence of Qualcomm's most powerful processor at the moment under the name Snapdragon 810 (MSM8994), as well as the presence of a screen with 2K resolution (1440x2560 pixels, 515 ppi) with the same diagonal of 5.7 inches. In addition, the Pro version has a large amount of RAM, which is 4 GB, and the amount of internal memory in it allows only 1 version - 64 GB.

Externally, Xiaomi Mi Note Pro practically does not differ from the standard version. The only difference is the gold-colored frame of the device, which adds a touch of premium to this model. Although the body is already very stylish and expensive looking thanks to the protective glass Gorilla Glass 3 on both sides, using 2.5D technology on the front and 3D on the back. 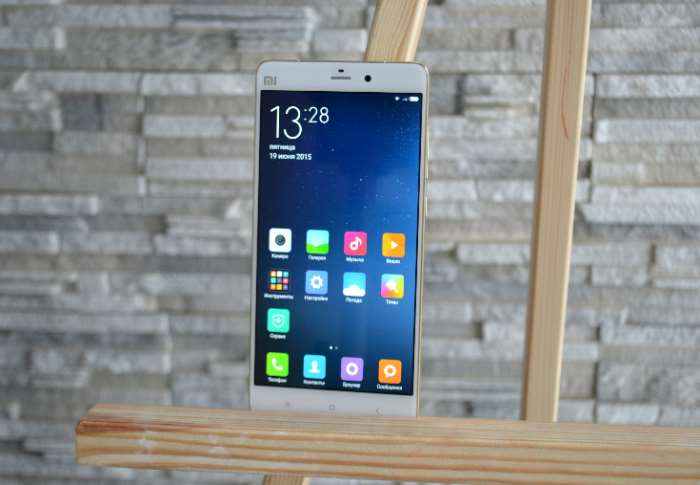 The main goal of our testing was to find out if the presence of a screen with a higher resolution is noticeable and whether it affected the autonomy of the device. Also, we were all wondering how the Snapdragon 810 processor would actually behave, because its reputation as the hottest processor has long been known on the World Wide Web. In addition, the manufacturer installed an improved version of the chipset in this smartphone and applied a special heat dissipation system. But did it help? Were Xiaomi engineers able to avoid excessive heat dissipation of the processor and, as a result, high case heating? And is Xiaomi Mi Note Pro really the most powerful smartphone with this processor and the third most powerful in absolute terms after Samsung's flagships?

You will find answers to all these questions, as well as many others related to the Xiaomi Mi Note Pro smartphone, in our video review, which turned out to be one of the longest and most detailed in the history of our portal.

We wish you a pleasant viewing!