Xiaomi Mi4i (Mi 4i): video review of the coveted smartphone with the latest hardware

The Xiaomi Mi4i smartphone was released a few months ago, but due to its focus on the Indian market, it was practically not available for the first time in our usual online stores. Therefore, he did not attract much attention from our editorial board. However, Xiaomi later revised its plans for this device and introduced it to the Chinese market. As a result, it became possible to purchase it in almost all well-known online stores. The reason for these changes, apparently, was the commercial success of this model in the Indian market.


However, we were in no hurry to order a Xiaomi Mi4i smartphone for testing in our editorial office due to the fact that the price of this device turned out to be significantly higher than previously expected. Nevertheless, in the end, this smartphone still got into our studio, because its manufacturer is one of the leading Chinese companies, whose products have long established themselves from the best sides. And we are happy to announce that despite the slightly overpriced price, our expectations from this novelty were fully justified.

In fact, the Xiaomi Mi4i smartphone is a kind of more affordable version of last year's flagship from this manufacturer. Having received a cheaper plastic case and less powerful hardware, albeit more modern, the Xiaomi Mi4i smartphone managed to maintain the corporate identity and high quality workmanship that Xiaomi has been famous for for a long time. The novelty has adopted many positive features from its older brother, among which are an excellent screen, excellent cameras for its segment and a battery that provides a decent level of autonomy. 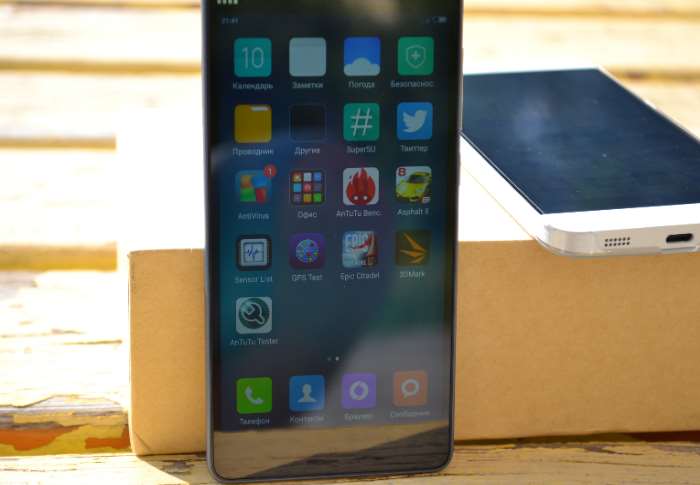 Let not the most powerful processor is installed here, but its performance is quite enough to perform any everyday tasks. In addition, the Xiaomi Mi4i has the 2nd version of the Snapdragon 615 processor, which has become somewhat more powerful and economical. Moreover, there are rumors that it will soon be replaced by the 6-core Snapdragon 808, which will make this smartphone even more attractive to buyers.

As you can already understand, in our testing, Xiaomi Mi4i showed itself from the very best sides, sometimes even exceeding our expectations. You can learn the details of this testing from a special video review, in which we tried to reveal all the positive features of this new product, and also tried to find the negative ones. What we got out of this - judge for yourself. Happy viewing!