Liquid lens: how it works and why it is the future of mobile photography

We explain what a liquid lens camera is using the example of Xiaomi Mi Mix Fold, what is its advantage

Liquid lens in the camera - sounds unusual and exotic. Many say that the future belongs to her and it has already come. Xiaomi Mi Mix Fold is the first smartphone to use liquid lens technology in the camera. It is noteworthy that it was Xiaomi who managed to get around everyone and be the first to offer the development of tomorrow. Back in the spring of last year, Huawei announced its intention to offer a liquid lens in the smartphone, but things did not go beyond loud promises. Sanctions and related problems did not allow Huawei to eventually become a pioneer here. But what does this liquid lens mean and what benefits will it bring to smartphone cameras? Can it take mobile photography to the next level?

The very idea of a liquid lens stems from the desire to create one lens that would be equally well suited to any shooting scenario. So, conventional lenses are good for street scenes and portraits. The wide-angle is unsurpassed where you need to take a landscape or panoramic shot. Macro sensors are ideal for close-up shots, while periscope sensors are needed for close-up shots.

Imagine how ideal smartphones would look with a single camera instead of the array of sensors that we see now. There is only one universal lens that can replace several sensors at the same time and will be able to take pictures in different modes. There is also speculation that it is liquid lenses that will put an end to cameras protruding above the body. 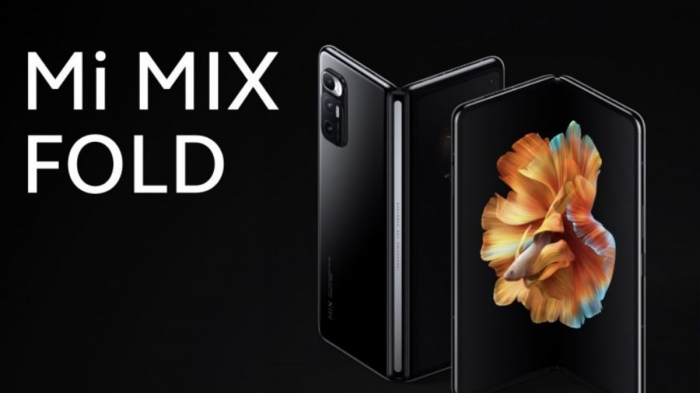 But before we dive into the intricacies of the liquid lens device, it's worth saying that this is not a super new technology and the world has not known anything like it until today. For the first time, they started talking about it as a mass technology in 2017, and it has been used in commercial photographic equipment since 2002, where the French company Varioptic was at the forefront. The guys from Corning, who create protective glasses for cameras and displays, helped her in this. Liquid lenses have been used in special equipment and industrial equipment for several years now, but the technology itself has been known since the late 19th century.

What is liquid lens and how does it work

Liquid lens technology takes inspiration from the human eye and actually mimics its bionics. Here is how Xiaomi describes it in its press release dedicated to the Xiaomi Mi Mix Fold:

“The liquid lens uses the principle of the bionics of the human eye, forming a lenticular structure with a transparent liquid wrapped in a film, which is very different from traditional optical lenses. The radius of curvature of the spherical surface can be precisely changed thanks to the high-precision engine based on Xiaomi's own technology, which provides 3x optical zoom up to 30x magnification, and the minimum shooting distance is 3cm. Our eyes are unique and have the ability to focus. We are able to see far or near, while the angle of view remains constant. And all thanks to the lens muscle.

It is this feature of the human eye that the liquid lens repeats. Those. it can "see" far or "see" close, but the focal length (viewing angle) remains the same. Liquid lenses do include liquid. It is located inside it in the form of a separate cell, which is filled with an optical composition liquid, for example, an optical silicone elastomer.

It is set in motion by a special motor that applies voltage to the lens, and it changes its shape. In this way, the work of the muscles of the human eye is imitated, allowing you to "see" far or close. The higher the voltage, the more convex the cell with liquid becomes. Changing the shape of the lens allows the same lens to work as two (or more) different types of traditional lenses—for example, a telephoto lens for zooming in on shots at a distance, and a macro lens for focusing on subjects close to the camera. This means that it is possible to work with only one lens to perform multiple functions and therefore reduce the number of sensors.

The Xiaomi Mi Mix Fold is equipped with an 8MP "bionic" fluid lens camera powered by a motor that uses precise manipulation of this fluid "package" to switch between 3x telephoto and macro mode, with the ability to focus at a distance of 3 centimeters. The liquid lens is said to work in a temperature range of -40 to 60 degrees Celsius (-40 to 140 degrees Fahrenheit), so it should work well wherever a user might be using a smartphone. In fact, in Xiaomi Mi Mix Fold, she combined a telephoto lens and a macro sensor. 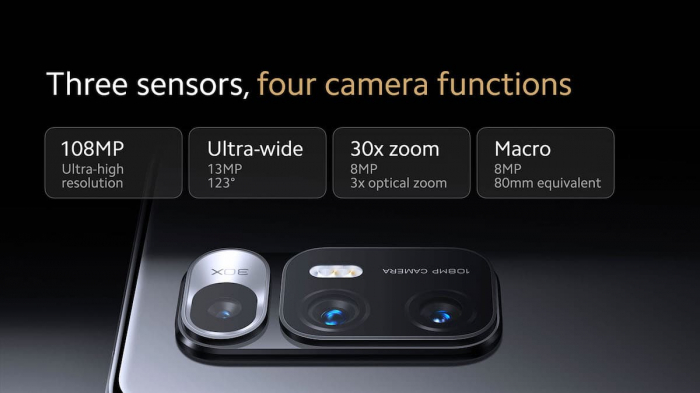 Interestingly, despite claims that this technology will replace large camera arrays, the Mi Mix Fold still has a triple camera array. The main camera is a 108 MP Samsung sensor and is complemented by a 13 MP ultra wide-angle camera.

What is liquid lens

First of all, it solves the problem with fast focusing. It allows you to take pictures both far and near. In theory, the liquid lens will help create new modes for photography. For example, the camera can instantly take multiple shots at different focal lengths to produce an ultra-sharp image across the entire area.

The liquid lens has decent strength and resistance to vibrations and shocks. The absence of mechanical parts excludes its damage and if it falls, it will not break. And vibration resistance should allow you to create clear shots when shaking.

Its advantages include low power consumption, the ability to focus at a minimum distance, support for a huge number of transformation cycles and silent operation. Just as importantly, these liquid lenses are smaller and lighter than traditional lenses. This is what allows us to hope that future smartphones with them will not receive a "mountain" of the main camera on the back side.

A liquid lens is indispensable when it comes to macro photography. It will allow you to make the object pronounced and the background well blurred, and the image itself concise.

The future of technology

At the moment, Xiaomi Mi Mix Fold is unique in that it is the only one to offer a liquid lens. Who is next to propose such a solution? The question is open and it is unlikely to be Samsung or Apple, who prefer to take their time and take a more measured approach with the introduction of innovations. Most likely, the next "upstart" will be a smartphone of some of the Chinese companies. We do not even rule out that the second one will again be Xiaomi with the same Mi Mix 4.

In theory, engineers will have to “teach” liquid lenses to take on the functions of several sensors and, perhaps, say that the technology will take place after it appears in the main sensor. The development itself is promising and a lot will decide what success the engineers will achieve in connecting the hardware and software for its operation.

Flagships will be the first to receive it, but it will take a long time to reach affordable devices due to the high cost of execution. What do you think of liquid lenses? Do you think that liquid lenses will eventually become mainstream in smartphone cameras?