ZUK Edge: a review of a fashion smartphone, which is worth choosing from the standpoint of design and price

The new flagship from ZUK is called the Edge. It looks great, its compactness and thin bezels evoke sympathy. It remains only to talk about how it works in practice and whether its capabilities are worthy of the price category to which it is delegated. 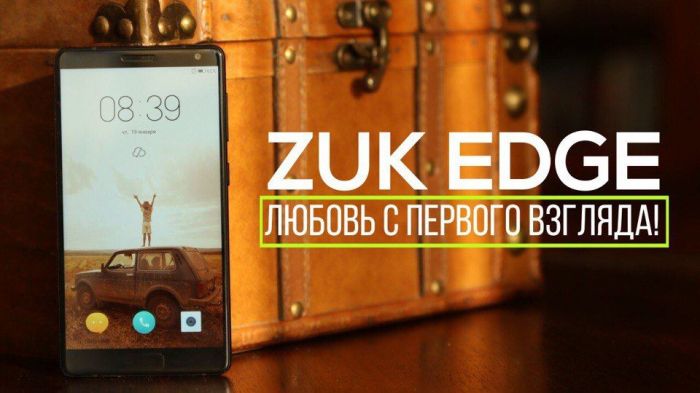 The first impressions of the appearance of the novelty were pleasant and later they were only confirmed, but with a caveat to the soiling and slipperiness of the glass case. The ZUK Edge display can be called good in absolutely everything. The oleophobic coating is wonderful, the brightness is enough with a margin, and there are no complaints about the color reproduction. Causes enthusiasm and how the flagship sounds. The sound quality is good, but not the standard. You can't count on a cozy and friendly system on board - the firmware is Chinese and without Google services. It seems that ZUK did not buy flagship sensors, because they did not expect to flaunt good photo capabilities. For the price, the picture quality is not up to the mark. During the day, the smartphone copes well with shooting, but at night the cameras lose their zeal, giving out average quality pictures. Fingerprint scanner operation and performance did not disappoint. True, under heavy load, the smartphone noticeably heats up. Doesn't burn, but is uncomfortable.